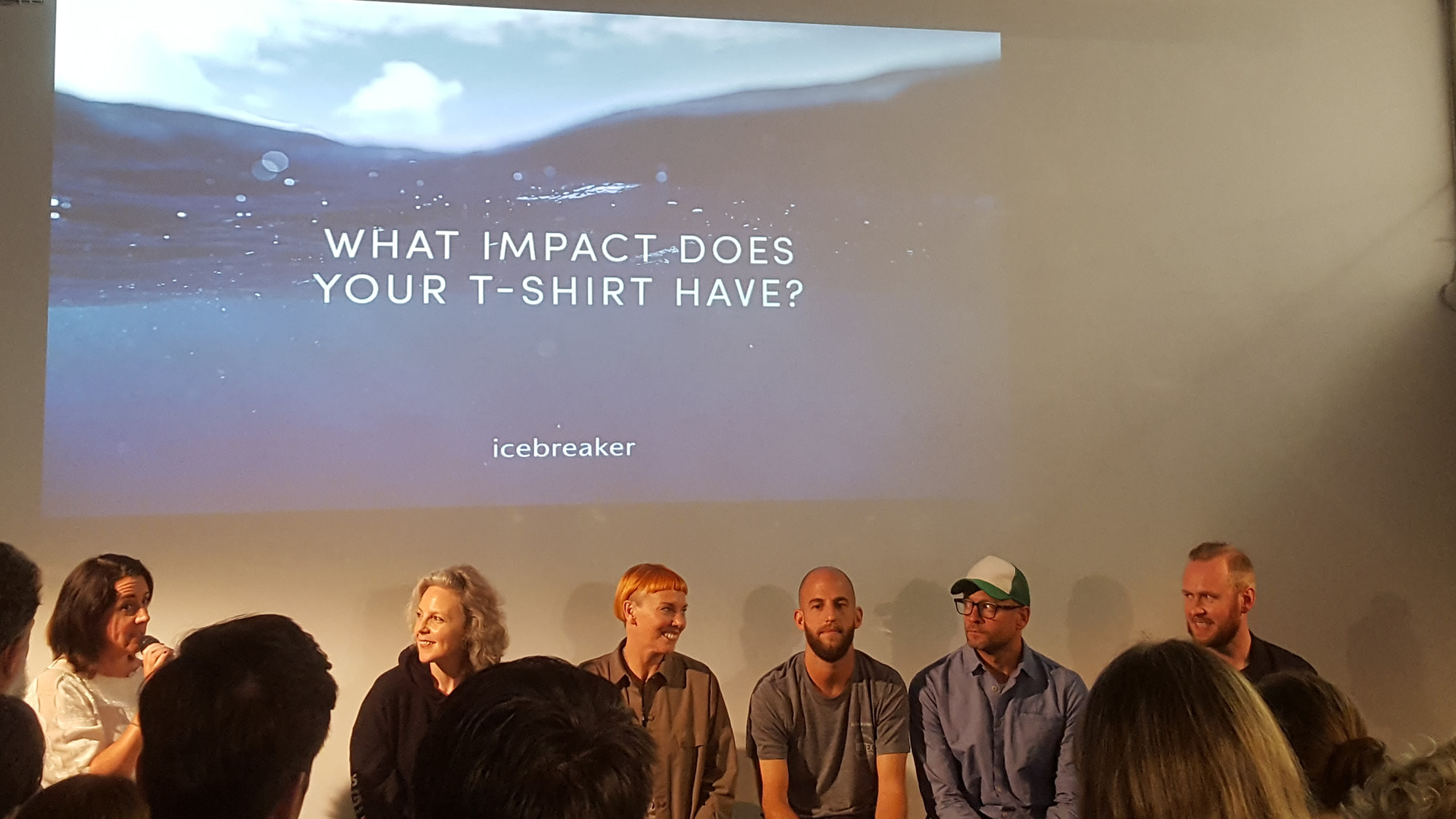 Panel Discussion
Last night I was at an Icebreaker (a New Zealand clothing brand that manufacture merino clothing) event in a Shoreditch pop-up to promote their merino clothing. I don't normally do this kind of thing as companies tend to expect gushing praise about something actually pretty trivial in exchange for a few of whatever it is.
But the fact that we're flushing 700,000 pieces of plastic into the waterways and oceans with every single garment in every cycle of the washing machine is far from trivial.
Microfibres

There are an estimated 1.5 Million Tonnes of plastic in our oceans
35% of this consists of microfibres from clothing
83% of the world's tap water is contaminated (94% in the US)
They are released when clothes are washed
More are released when garments are new
Microfibres have been found everywhere, in the deepest ocean, in our food chain, in the soil and even in the air
More information from Friends of the Earth
Never having bought or owned a single thing made from merino wool, I had no idea the material could make a contribution to solving the problem. So I applied to go thinking I might learn something and the group run planned as part of the evening would at least get me back into it after the Dragon's Back Race.
I would have run in from home normally but the week in Wales has loosened all the bolts and though there's nothing specific broken, running feels like going camping in a rusty car at the moment.
We set out on a group run around the area led by James Poole while sketching out some sketchy Strava art which, under an extreme squint, looks sort of like a t-shirt. I was surprised how much heckling (generally good natured) the citizens of East London offered free of charge. It seemed to be that every second person had something to say! 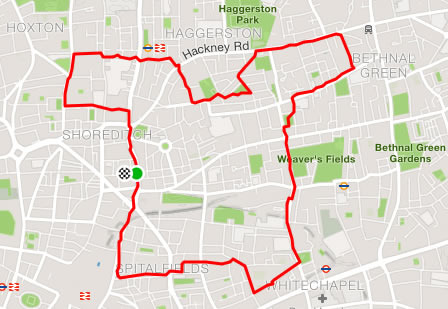 It's a T-shirt!
There was a fascinating panel discussion after the run, including a contribution from Paul (4th left in the header photo) whose uncle is Ben Lecomte - the first man to swim the Atlantic! He (Ben) is about to set off on a 300 nautical mile swim (The Vortex Swim) through the highest concentration of ocean plastic pollution to raise awareness and collect data.

Also on the panel, Hugh Tagholm (to the right of Paul), Chief Executive of Surfers Against Sewage.  His view is that it is the collective power of people that drives industry and influences legislation.
Let's face it, merino products are expensive - as far as I can tell this T sells for £65 - 2 to 3 times the cost of a basic running shirt.  My view is that to date polluters have got away with not having to clean up the mess they create (eg microbeads) and therefore the price of their items has been kept artifically low.  It doesn't reflect the true cost of the lifecycle of that product. 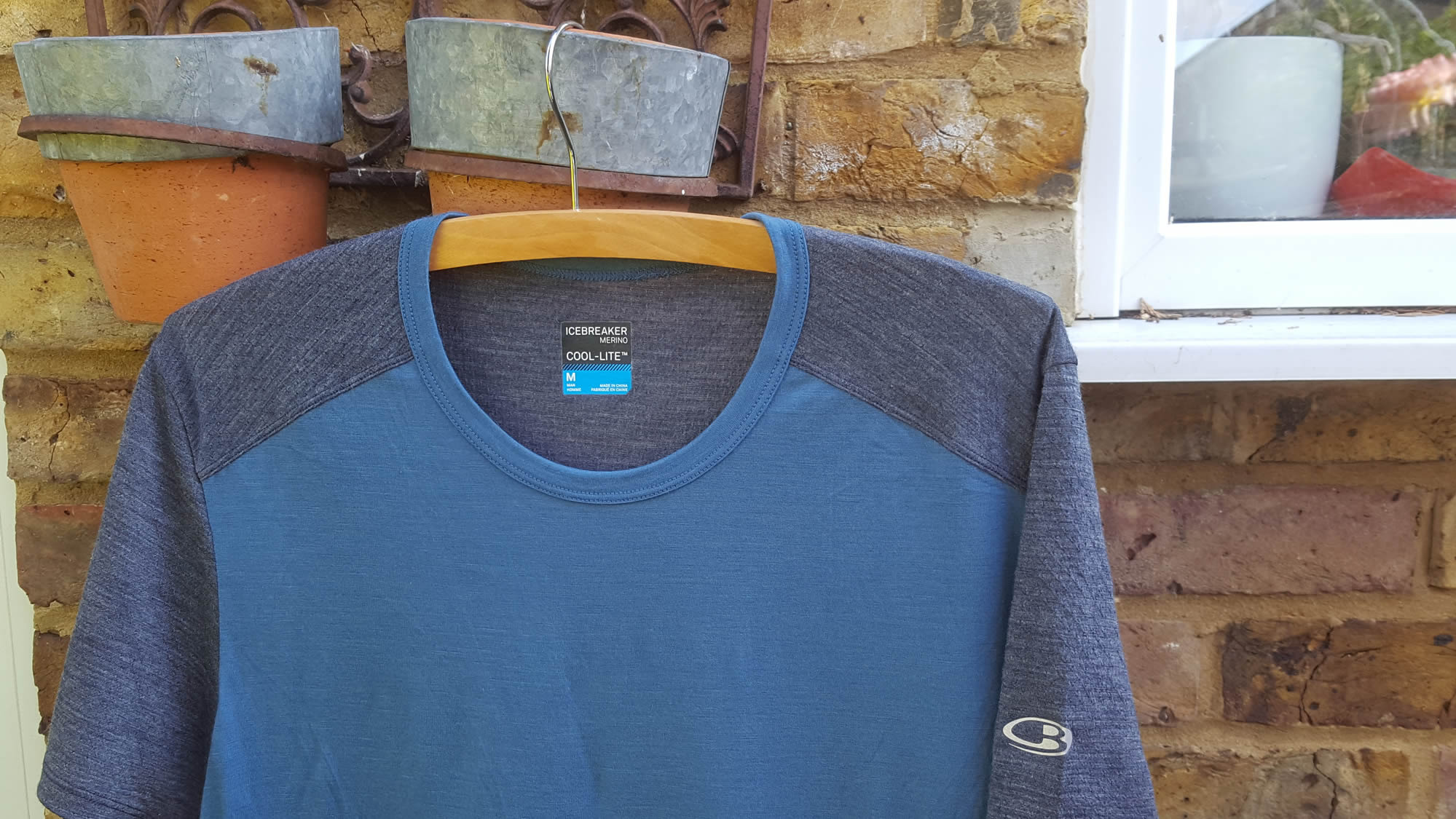 The morning after 10 miles sweaty running
Icebreaker's pitch is that the natural fibre inherently has a range of properties that synthetic alternatives require chemical additives to achieve (anti-microbial and wicking properties for example).  It is fully biodegradeable and they can trace every single person who has handled the garment and its components throughout the supply chain and manufacturing process.
Personally I, and I know many others are the same, wear running gear until it falls apart. I'm still regularly out in T-shirts that are over 15 years old.  I don't buy very much at all (apart from shoes of course) - the odd pair of socks here and there.  So maybe I could think about having a couple of these in the wardrobe as it's not like you have to buy one a month.
So the challenge was set to wear this merino T-shirt for a whole week without washing it! Now I break into a sweat when blinking over much so I have to say I'm dubious this is going to stay the course. However the morning after 10 miles of sweating into the thing, it's certainly managed to deal with my floral onslaught and I'm about to test it out on Costa Eton's customers.
I'm up for this. Besides, a week in the mountains got me out of the habit of washing anything anyway!
I'd be very interested to know if you've tried this material how it worked out for you?  Do you wash it less?  Has it lasted as well as you expected?
#Environment
Comments
No comments yet.. why not be the first?
Most-read Posts