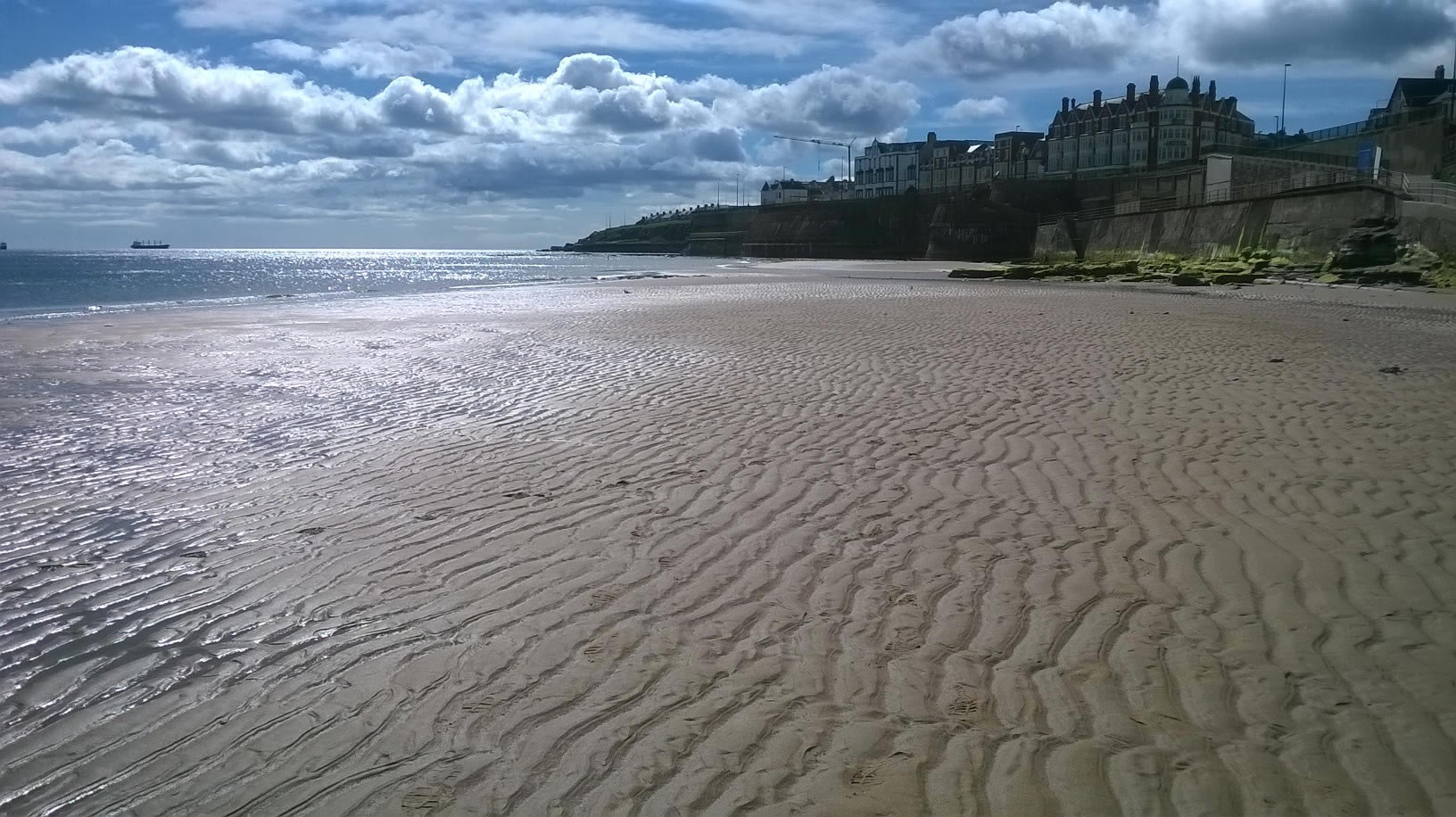 Trail running in Lesaka, in the Navarra region of Basque SpainCycling from London to Brighton on a whim and a hybrid
share this story

There are a couple of races that are permanent fixtures on my calendar each year.  Assuming, that is, I don't oversleep and miss them - they both go like hot cakes among people who have only just discovered cake, and could do with a bit of warming up. One's the Auld Lang Syne fell race in Haworth and the other is this gem - the Northumberland Coastal from Beadnell to Almnouth on the beautiful Northumberland Coast.

The eagle-eyed will protest that the cover photo isn't anywhere near Beadnell, or indeed Alnmouth, but is Whitley Bay. And you'd be right but I forgot to take a camera to the race so until there are official pics, this is the nearest I've got!

It's my 5th go at it and as is the norm it includes a couple of nights and a couple of pints in Whitley Bay.  An old schoolfriend lives there who's on a run of 5 PBs and an entry into the Great North Run despite volubly protesting for years he'd never again 'line Brendan Foster's pockets'.

I hitched a ride with the North Shields Poly team again, on their coach which gets bigger every year and this time is a double-decker. It seems at least half the party is going for just that and not for the running.  It's relatively subdued on the way up, in stark contrast to the aftermath of post race beers (usually involving having to slip a bung to the driver to delay the drive home for a couple more) and mass singing.  This time I'm missing out on joining in with the drunken choir raucously belting out 'Delilah' - which is a shame - and heading home separately.

The race kicks off at 10:30, tide-willing, and sends 1,000 runners crashing along the beach towards the most obvious landmark on the horizon - Dunstanburgh Castle, 5 miles distant - and the finish line an indeterminate number of miles (but about another 8.5) beyond that.

You need Eskimo-like vocab to describe the various types and textures of sand you have to negotiate.  They'd probably be a fat lot of use of course, not actually having any sand, but still.. some forms hard ridges, other patches are like quicksand, other stuff gets into your shoes and yet more is actually good to run on, if at an angle that steers you into the foam and twists the pelvis.  It all serves to stop a good rhythmn forming.

Anecdotally you can pick your own route but in practice variations and deviations are small; confined to a tactical choice when to quit the sandy beach and climb to the trail at a higher level.

There are 3 stretches of beach in all, undulating trails and road making up the rest of the course and I love that it's lots of short sections - you're never on the same surface for long.  The weather is just about perfect, the views are even better and combined with the brilliant volunteers, make the race.

The final beach is always the toughest bit.  It catches me out as usual by being twice as long as I expect with what I assume to be the finish line crushingly turning out to be some day-tripper's windbreak.  But one last effort over a bit of quicksand and the timing chip beeps its last and to my considerable relief the knees have survived only their 3rd race finish of the year.

Post-race chatter was dominated by concern for a fellow runner who had collapsed within sight of the finish. Of course half the field immediately forgot all about running and went to his aid and most likely saved his life. Everyone is for everyone else in this community and that has a lot to do with why I love it so much.


I finished in 1:29:36 - 37th overall and 8th AG which I'm happy with given the shocking year so far.  I'm already looking forward to next year when full beans will be given.

Full results
Movescount track
Race website
#Half Marathon,  #Scenery,  #Trail Running
Comments
No comments yet.. why not be the first?
Most-read Posts