Trail running in Lesaka, in the Navarra region of Basque Spain 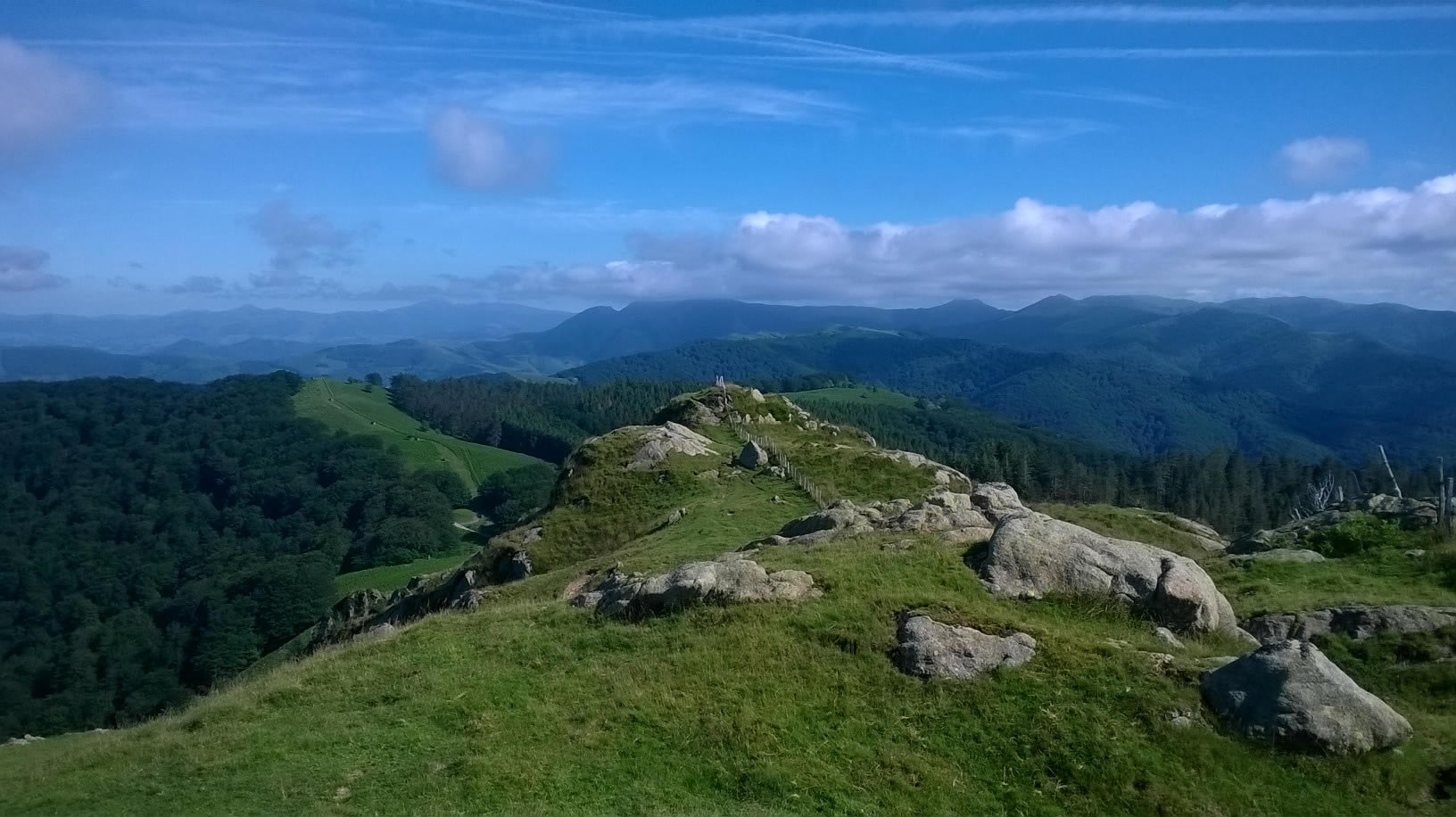 Trail running in Lesaka, in the Navarra region of Basque Spain

18th July, 2016
A couple of weeks ago my Singapore-dwelling cousin, whom I've only seen once in about 10 years got married in Lesaka, Spain. I've met the fella even 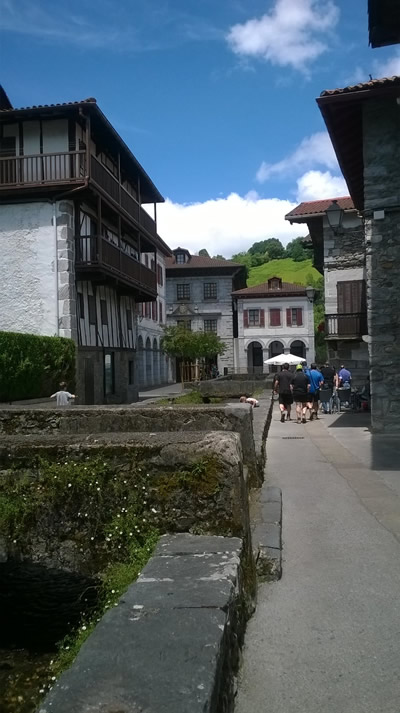 less - once in fact - during a flying visit en route to Australia, but he plied me with so much beer to counter the stifling humidity that it feels like a lot more somehow.

My aunt's from Lesaka and my uncle wasn't about to let his only daughter get wed without making a big fuss of the whole thing. It proved to be a serious overindulgence on an epic scale with 12 courses of food following the (mercifully short) service and a band-led parade from church to venue which will live long in the memory.

Lesaka's a small town of just 2,500 people yet there are 16 bars! My village with 500 additional people can't manage to sustain even 3. It's a very close-knit community in a traditional mediaeval-looking windy-street town and they have a great culture of drinking small beers in a bar, catching up on the gossip, then swiftly moving on to the next til the last knockings. I could get into that!

I had to counter the vast calories and Lesaka is surrounded by some fantastic mountains (nothing massive - they peak out at about 800m) but with well-marked trails and hugely varied terrain.

I'm occasionally asked for a recommendation for a running watch. It's always a challenge because I've only ever used a handful. Though I will say that if you want to train hard, all you need is a basic stopwatch; don't waste your money on fancy Dan toys. GPS isn't accurate-enough for short reps. But if you want to get out and explore, the one feature I love on my Ambit 2S is the ability to upload a route and follow it. Apart from passively recording my training, this is the only feature I use. Wherever you're going in the world, you can plot some trails, upload them and you're good to go.

So I made up one trail and downloaded another and installed both onto the Ambit over a cerveza and some kind of omelette/tortilla mashup.

The run the day before the wedding was a bit of a warm up. I spotted a lake about 5 miles away and that seemed like a destination for an out and back.

Despite being a tiny town there was a map board in the centre with loads of trails shown and, as seems common in Spain they're marked very well if you keep your eyes peeled for the distinctive coloured stripes on rocks, posts, buildings or whatever is expedient.

Within a few hundred metres outside of Lesaka, you're in nature and there's not a soul around save for the odd dog guarding non-descript farm buildings and mangy cats darting for cover when they catch sight of you.

But the run the day after the wedding was the money. I found this route online somewhere - a 15 mile circular trail and it was a treat from start to finish. Pure, joyous exploration through a beautful landscape without seeing a soul the whole way with the exception of what I assumed was a farmer halfway up a mountain who may or may not have owned the land that may or may not have been private.

Some seriously steep climbs, refreshment from mountain streams and some of those fantastic long descents, just that perfect shallow gradient, allowing the stretching of the legs that feels like flying while taking in breathtaking views to the horizon. 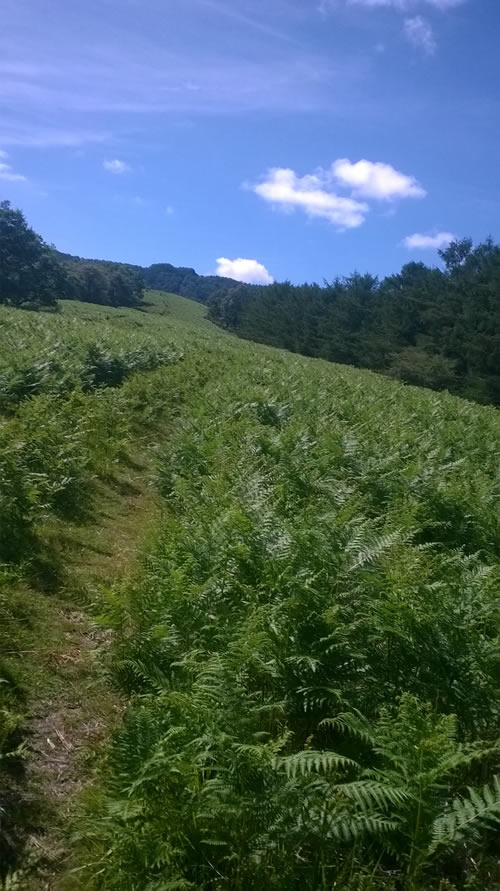 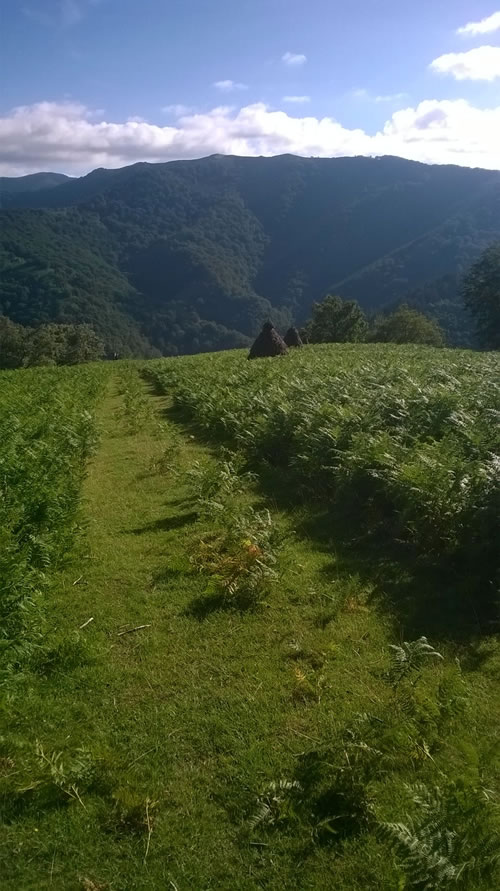 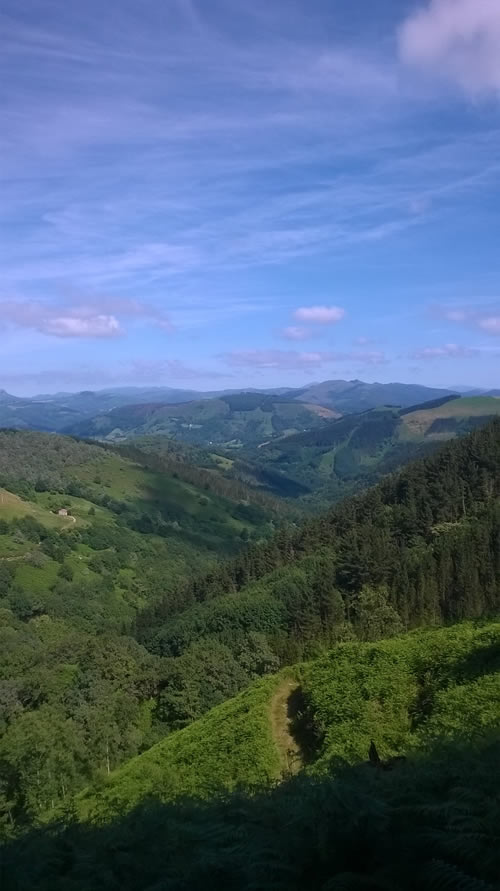 This is from the highest point around 820m after an all-fours scramble up from the left
It's a beautiful part of the world and warrants much further exploration.  I'm coming to the realisation this is the kind of running I want to be doing.

#Scenery,  #Trail Running
Comments
No comments yet.. why not be the first?
Most-read Posts