Running a 2:37 marathon on 60 miles per weekBaker's Cysts - the D'oh rises
share this story

First off I know what you're thinking.  'What the hell is that cover photo about?'  Well I tried being clever and searched my Stock Image library for a good mug shot of Tom Baker, complete with scarf. They didn't have one. But this came up instead.  So I went with it.

But this post isn't about forcing pets to do your cooking for you, it's about Baker's Cysts. I really wouldn't eat that. Would you eat that?

This year has been a testing one so far. I lost January almost entirely to some kind of chest thing that took my eviction notice all the way to the European Court of Human Blights.  Since then, a constant stream of niggles.

And now, another new failure of a critical part - a double Baker's Cyst!

I always thought other people got Baker's Cysts.  Perhaps your grandmother whom, as a child, you were forced to visit every other Sunday, hair combed and scrubbed.  'ooh me cysts!' she'd say, gingerly lowering herself into a bottle green velour armchair as a slight wave of nausea washed over you.

But Google says pretty much everybody gets them and judging by the images of them in between the usual gory photos of operations, it's clear you can get them a lot worse than I have.

One came on during a recce of the South Downs Way 50 miler, though it had been complaining a fair bit since February; the other during the actual South Downs Way 50 so there's a nice symmetry there.  And also in the fact that I was, as a result, unable to complete either of those. 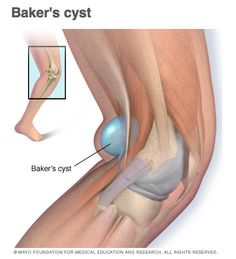 So what are they? Well it's a swelling behind the knee caused by fluid that should normally be lubricating the joint.  Some seem to be the size of melons but I have no obvious external symptoms at all which is why I've not bothered posting a photo.  It would just be like 'well, that's just a knee'.

But they are debilitating nonetheless and I'm only ok up to about 5 miles at the moment.

My physio thought it was a strained popliteal tendon which is right where the pain is - next to the cabling on the medial (inside) side of the knee.  But I had an ultrasound scan yesterday which confirmed it.

Even before any pain comes on they do feel kind of odd and everything clunks about rather like going camping in a rusty car.

Information on recovery and even how to deal with them is worryingly vague.  So far it's knocked out the second half of the South Downs Way 50 and, given that the North Downs Way 50 starts in 11 hours from now, I think it's safe to assume that's its next victim.

Little did I expect when taking on Centurion's 50-mile grand slam that my record would be finished half of one, DNS the second and already pulled out of the last. A triumph!  Hopefully I'll still be able to run the Chiltern Wonderland event in September.

By far my biggest concern is Lavaredo at the end of June.  It's 125km long, has 5,800m of climb and scenery that is about as astounding as it comes.  I have 6 weeks and to miss it would suck like a Dyson.

If you've had this condition or have treated it I'd love to hear your comments!  Otherwise I'm working on the RICE. Running on it anyway, Injuring it more, Complaining about it constantly and Eating as much as if I was still running 80 miles a week.

#Training,  #health,  #injury
Comments
Thanks, Tom! Quite different I think. If you have ITB problems it'll be the outside of the knee you'll get pain most likely as it can rub over the bone there. It's a complex joint and you're probably best seeing a physio who can diagnose accurately.. hope you get it fixed soon!Just found your blog. Good job! Having trouble with my knees and obliged to think it's itb syndrome for all I read. Did your issue get confused with this initially or is it quite different?I wondered what had happened at the SDW50, and why I could not find your name on the results from the NDW50. That sucks! Having DNF-ed 3 ultras in a row I feel for you. Finally managed to get a finish at the TP100, and was initially over the moon. Then it turned out I managed to injure myself during that race, developed tibialis anterior tendinitis. Was using exactly the same version of the RICE principles as you, but after being told of by my physio I have been Resting on the sofa, Immediate risk of bilateral DVT due to inactivity, Complaining constantly on social media, and, of course, Eating as if I'm carbloading for another 100 miler. Fingers crossed you'll be ready for Lavaredo. My motto now is that it is better to be undertrained than overinjured, but I'll probably be both in my next ultra, which is just two weeks away.Hello - I've been struggling with a baker's cyst after doing half IM's. I've had multiple MRI's which show no swelling or anything wrong with the joint itself but randomly the cyst will flare up for 4-6 weeks. I try to manage by taking anti inflammatories but often the knee just aches - more of an annoyance than an injury. Went to a specialist and they were unable to offer any sort of clarify on the situation. Any luck with calming yours down?
Most-read Posts