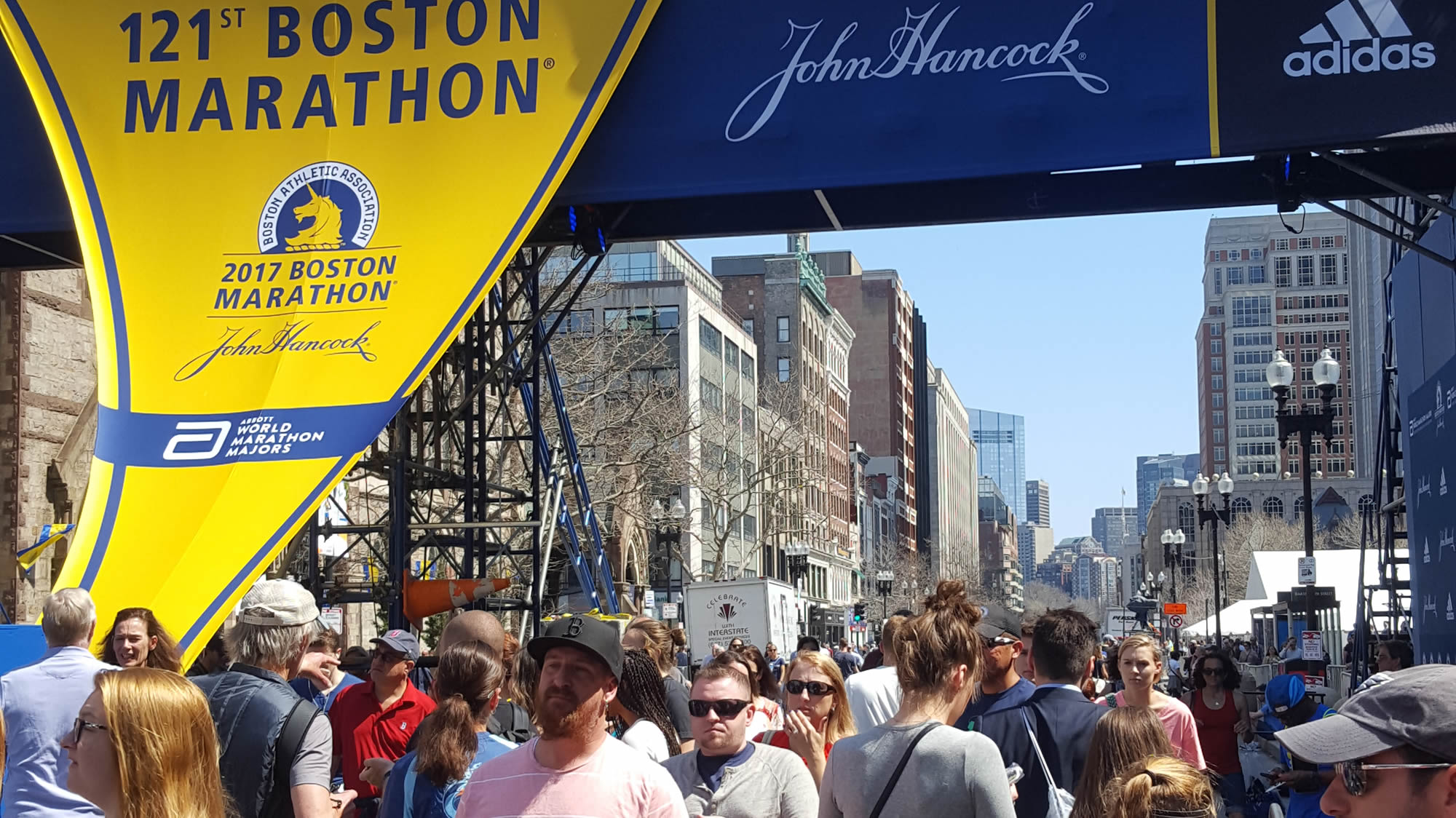 Somehow, despite a lot of years of chasing all over the place to run marathons, I've never run the most famous of the lot, Boston. So I decided that before my interest in road running disappears, I had to get it done and see for myself what all the hype was about.

You have to qualify to get in (is there anyone out there didn't know that?!) but fortunately age is kind on this one single aspect of life and my 2:58 in Berlin was plenty. In other fortunate news, Berlin 2015 was right on the edge of the qualification period as I don't run many road races these days.

The USA runners' obsession with this race has long fascinated me. They are moths to a flame about it and even small marathons will proudly proclaim they are Boston qualifiers and often state what percentage reach that standard as a sales pitch.

I ran the Twin Cities marathon (between Minneapolis and St. Paul) the weekend after my Berlin race and as my legs started to feel Berlin after a too-fast start, the BQ bus passed me about 18 miles in. It was a solitary pace guide running with a very small, understated sign that simply read 'BQ', surrounded by a mob like ants round jam. There was nobody else in sight for a good 400 metres back down the road. What was more interesting was that the crowd along the way knew what that sign meant. "Go Boston!!" was the constant roar. Their knowledge of what a BQ was in stark contrast to their knowledge of national flags as my full vest Union Jack got as many 'Go France!' and 'Go Australia!!' shouts as it did UK-based encouragement. Not a great sign if you're looking to be first in the queue for a trade deal perhaps.

So I booked what I consider to be an exhorbitantly-priced hotel (though it was one of the cheapest), and a cheapo Wow Air flight and spent the whole of Saturday getting there via Gatwick and Reykjavík. As a quick aside about Wow - their reviews are terrible, but I thought they were fine. There is nothing to do on the plane - not even an in-flight magazine, so take entertainment! If desperate, you can pass a good 10 minutes checking and rechecking the price they want for a small tin of Icelandic Gull beer in disbelief. The shaking of your head will stave off any potential neck DVT.

I had little choice but to head to the expo on the Sunday (the race is on Patriots Day - Monday), arriving too late for my preferred option of leaving a day's gap. Boston's weather is about as unpredicatable as anywhere I've been. I jogged the 2 miles into Boylston St. along the Charles River as the mercury hit 29 degrees. The city was all runners; the path along the Charles was all runners. From the expo back to the finish line and spilling out of every coffee shop and restaurant.. were runners.

If they weren't running it, they'd run it (and would tell you) or were planning on running it. I loved the atmosphere! In this aspect it beats London hands down. There, the buzz is confined to the expo and spotting the odd tell-tale 'been to the expo' bag like a masonic handshake on the tube later, to general indifference.

The expo wasn't nearly as big as I'd imagined and I kind of blew through it save for picking up a pair of shades for the London 2 Paris Cycle Ride coming up in 3 days' time as I write! But there was a re-run as I met up with Kendra from Nova Scotia (another Twitter friend now a real life friend - how great is Twitter for that?!) and we tried in vain to find the fabled free beer stand and got the hard sell from some snake oil electro-massage-gadget person.

Monday's forecast was almost as hot as Sunday's so I knew I was going to suffer. I went out for dinner with one of my old clubmates I'd not seen for years only to be presented with the worst plate of food I've ever seen. How do you cock up chicken, brocolli and pasta? The chicken was absolutely disgusting and went back accompanied by a suspicious lack of surprise or protest from the server. I had to top up at the local 7-Eleven, and expected food poisoning in the morning!

Two poignant memorials in Boston. One tiny on Boylston street remembering the three victims of the bombing and the holocaust memorial 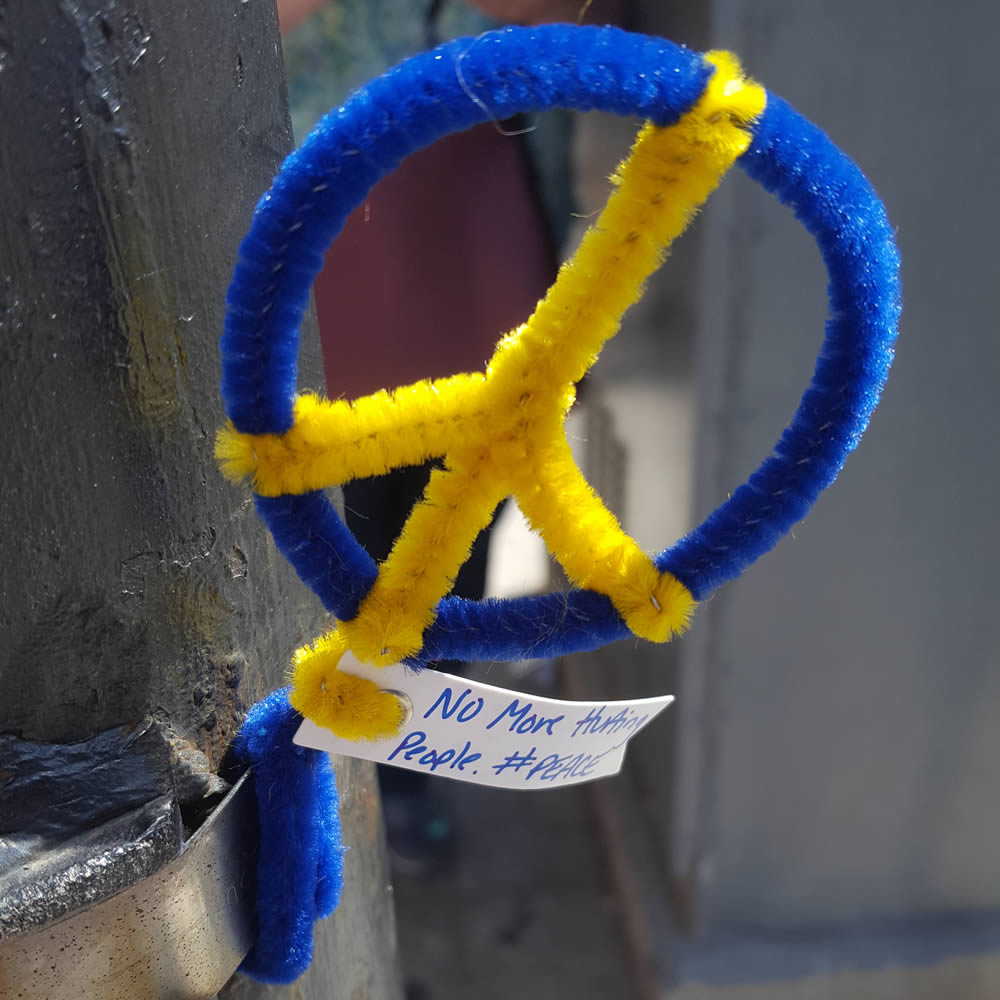 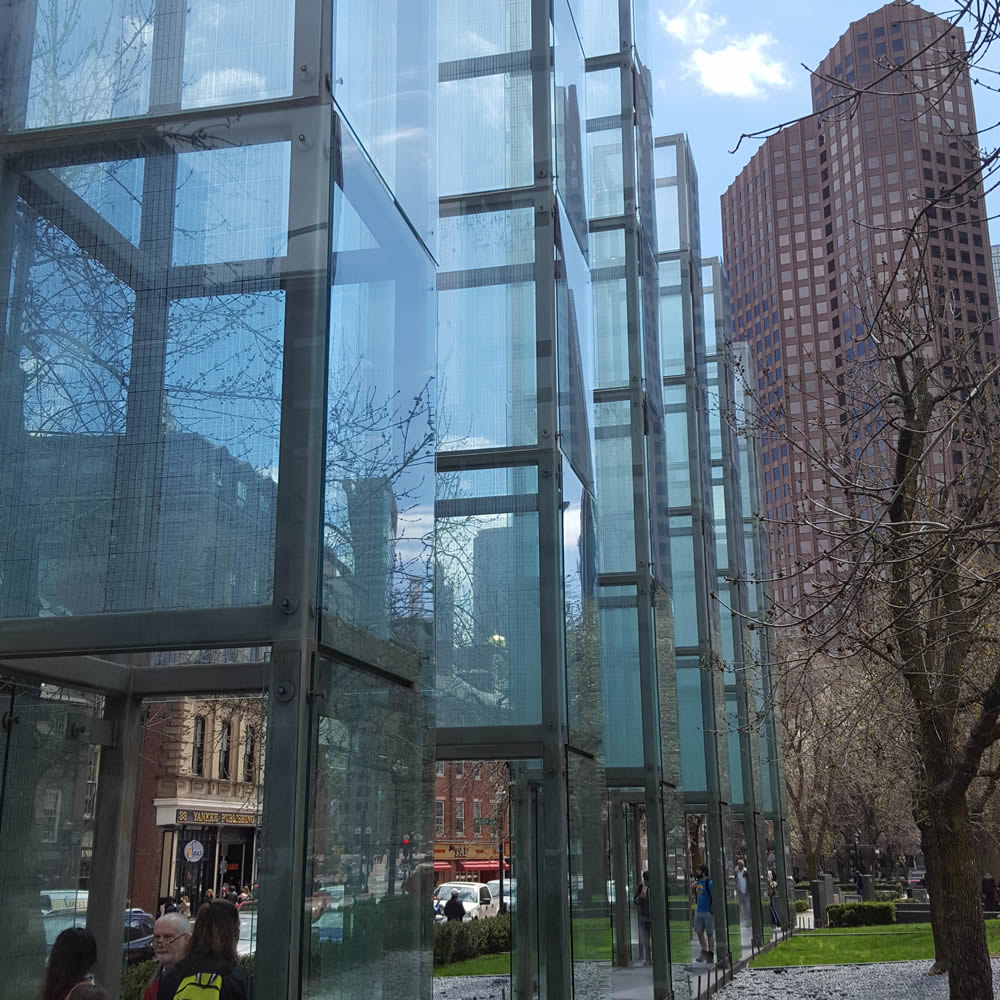 Race Day
They ferry you to the start in Hopkinton via a fleet of those iconic yellow school buses that constantly shuttle back and forth. I'm in the first race wave and they want me there by 6:40am. But the race isn't til 10 so I gave myself an extra hour in bed and there was no issue, so there's a tip for you!

We're disgorged into a sea of runners sheltering under a vast circus tent and sprawled all over the grass outside in the already warm morning sun. The only baggage facility is back at the finish line so what you bring to Hopkinton you either eat, run with or throw away so I travelled light.

Waves and within waves, corrals, are called individually to walk the close on a mile to the start line as anticipation mounts.

Someone with impressive pipes belts out the National Anthem, two F15 jets roar low overhead and the Red Wave is sent on its way to Boston!

The Hills
I've watched a lot of video about this race and sat through the entire course filmed from a car at the expo but still it's surprisingly steep for the first drop and the whole course rolls constantly the whole way. It's also very crowded at the start. If you're planning on going out at your qualification time pace you're probably ok; any faster and you're going to be frustrated as there's a wall of people all with the exact same Q pace as you in the way.

I settled around 4 mins/km pace but was already warm within a mile so I knew it wasn't going to last!

After the first few miles, the crowd builds and it's a carnival the whole way from there on in. A lot of the course runs past people's front yards and many are out with homemade stalls loaded with food. Others have bagged up ice cubes, proffer orange segments, or simply water. Everyone gets involved. Very like the Minneapolis Twin Cities race in that respect, or even Comrades. In fact some of the towns we passed through reminded me strongly of the Comrades route on the down run.

I was having to make stops simply to get out of the sun and cool off for a few seconds. The temperature hit 27 degrees - way too much for me to run hard, so from halfway onwards I found it a struggle. But you get a lift at halfway - the extraordinary noise the Wellesley girls make is still ringing in my ears. There was certainly a following wind that day because there was little warning of the deafening cacophany approaching but it carried a good mile out the other side!

That's the last of the flats before the hills - there are four of them with the notorious Heartbreak Hill last. It's called Heartbreak more because some dude lost the race there moons back rather than it being such a killer incline. I have to say these are really not that bad at all. I'd have probably found them tougher if running faster than I was by then as there would have been a more marked drop in pace but really they are neither that steep nor that long (a few %, a few hundred metres). But they certainly do have an effect on the legs and there's a jelliness to shake off after the steeper ones.

The crowd roars you up Heartbreak, the highest point on the course and then it's all downhill for the the last 5 miles back into the city. I'd long-since abandoned any sub-3 clocking so did my best to enjoy these miles while the sun beat down - it had at least got a bit cloudier by now so the edge had gone. There were a lot of casualties piling along the route, walkers in some distress and others being checked over but as far as I know, everyone came out the other side.

A couple of final turns and you're on Boylston Street, finish line in sight past a huge raucous crowd. One of the best finishes of any road race. There are 600 metres of it before the tape and I really savoured that, expo-bought cap (with display hook I'd forgotten to remove) brandished aloft.

It was certainly an experience.

The race is much more than just the few hours out on the course as the whole city takes part in it and embraces it. Without that it would be an unremarkable stretch of ashpalt, but with it there's an enormous sense of being part of something special that has been an institution for over 120 years.

I crawled the two miles back to the hotel after marathonfoto captured my salt-encrusted face a few times, complete with medal and cheesy grin and with every passer-by offering congrats and how did you dos. One Chinese family asked for a photo with their two small daughters posed in front of me! I thought I'd better make it clear I hadn't actually won the thing.  But lovely to be asked! 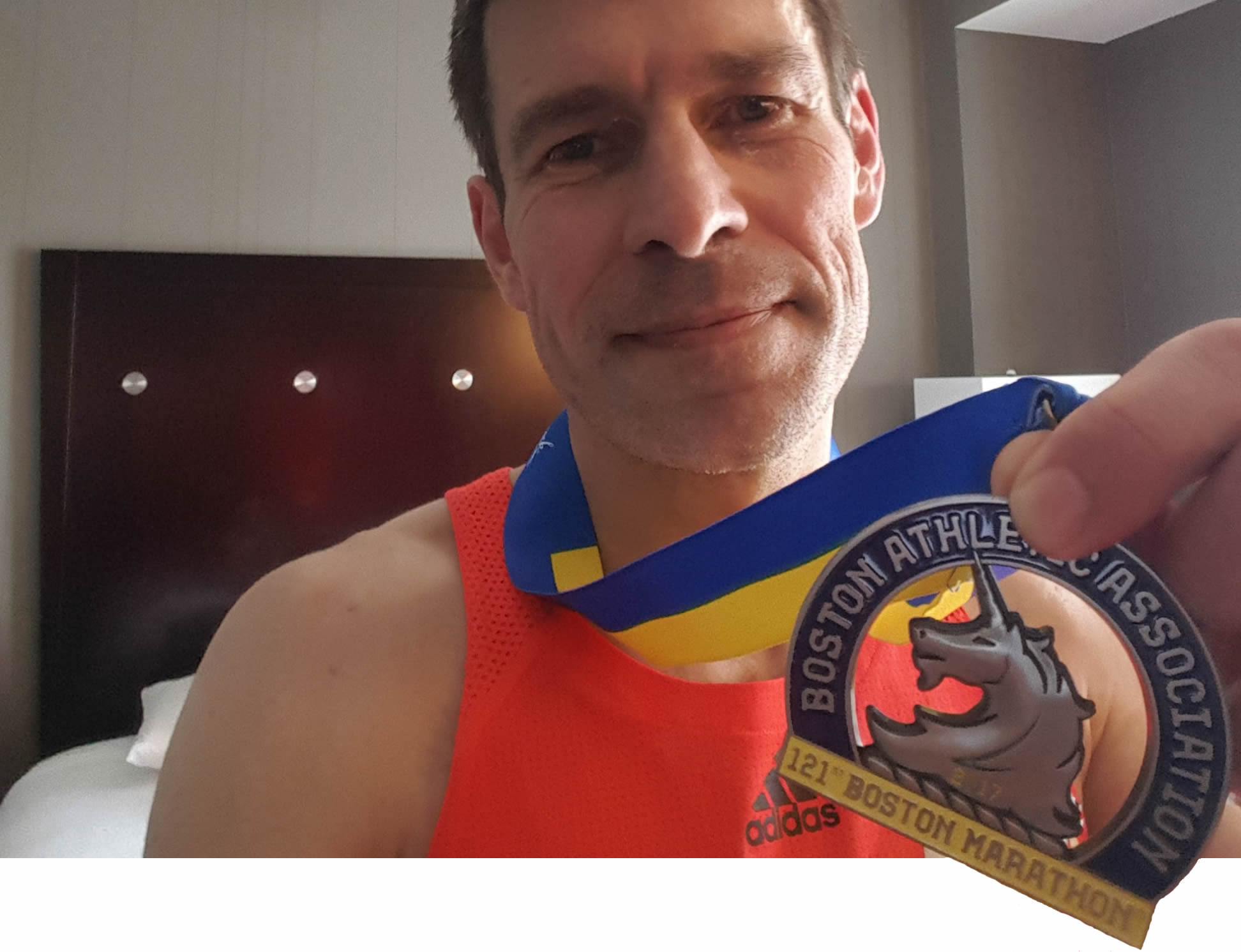 Finally there was the chance of a slap up feed and some beers and the chance to catch up with Kendra again and also Catherine from the #runatcan chat.

This is the best thing about travelling for races for me these days. The race itself and the time are secondary. I love meeting new like-minded people from all over the world and this was the highlight of the trip for me. 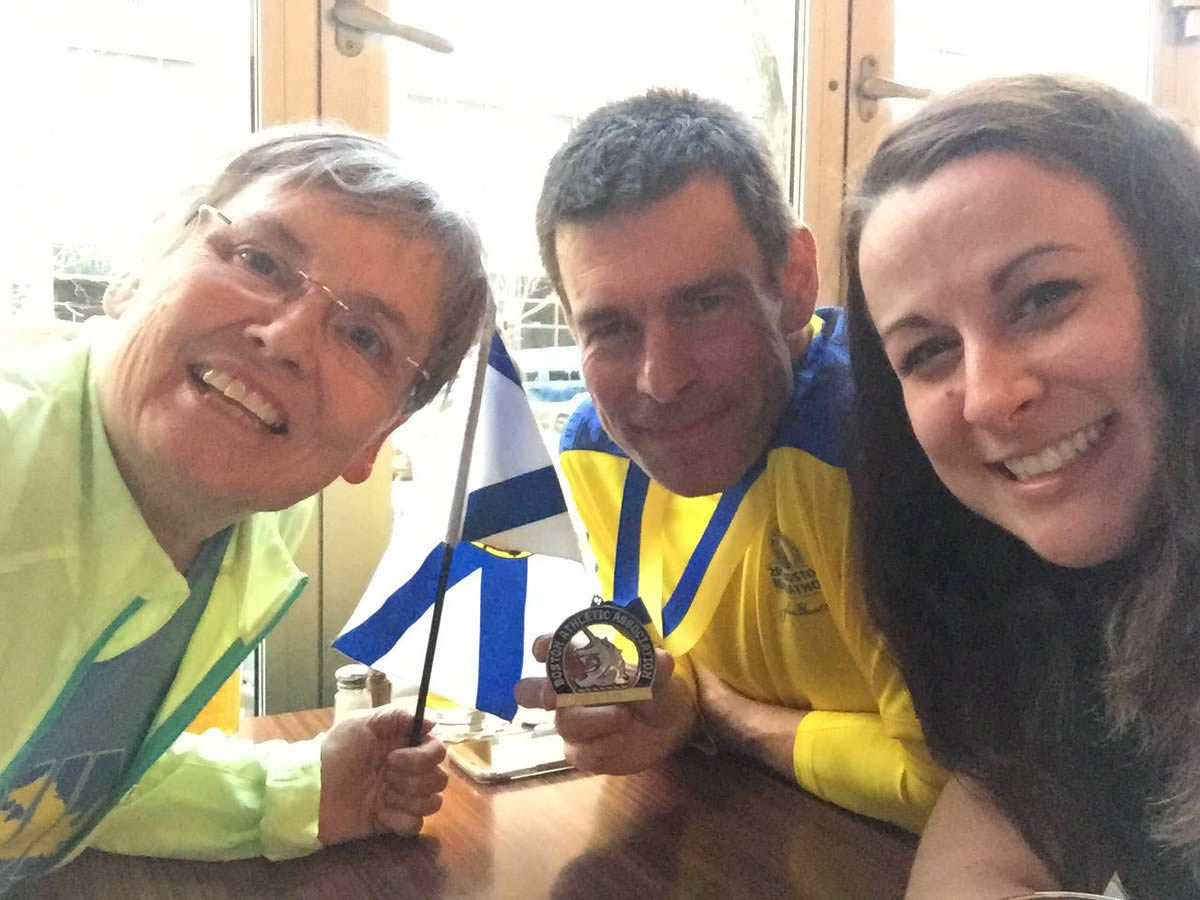 
So - I think if you qualify, then you should consider running Boston at least once. I don't think I'll go again.. only because time is limited and opportunities to explore are not but I'm really happy to have been here and experienced the race and the atmosphere which is second to none.

World Marathon Majors
Boston was my fifth of my rather unhurried plan to do the lot and it has trashed my average time somewhat but nevermind! Maybe I can pull back a minute or two in Tokyo whenever I get the chance to run that one. 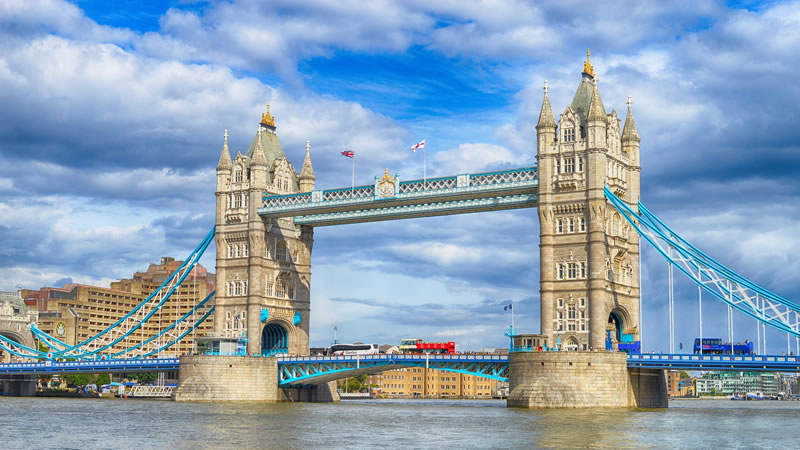 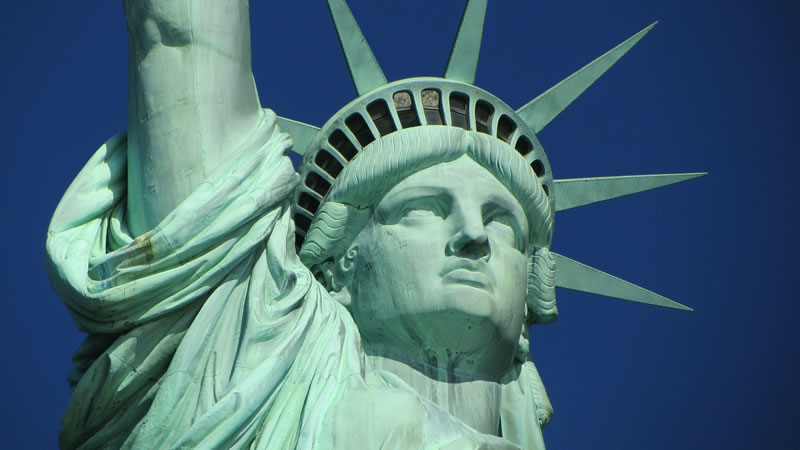 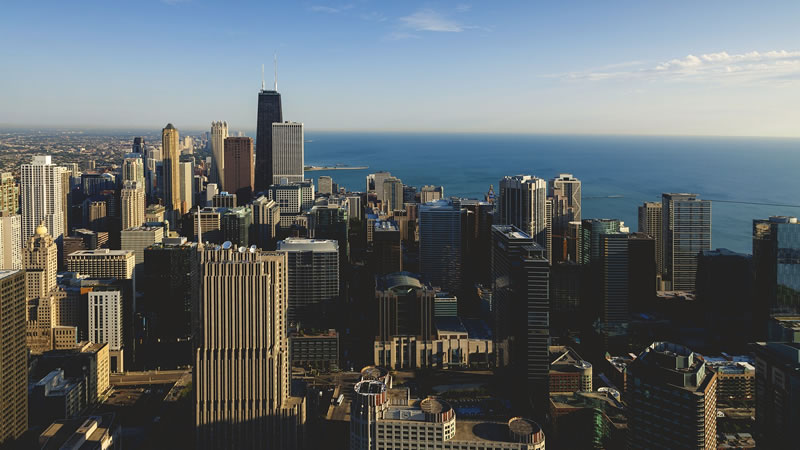 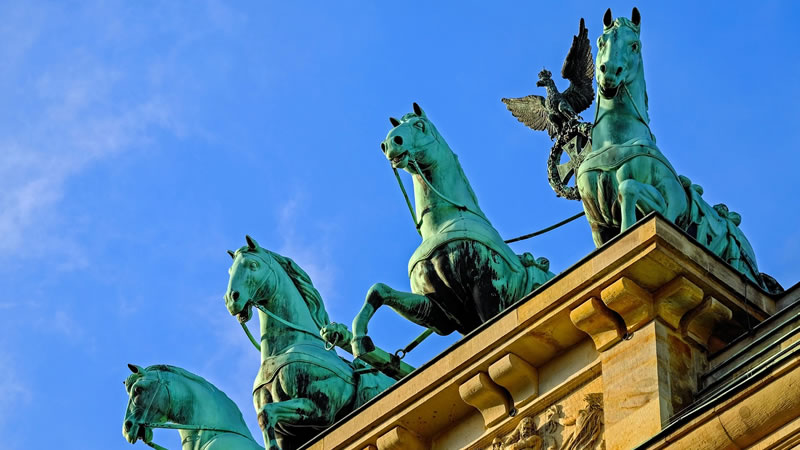 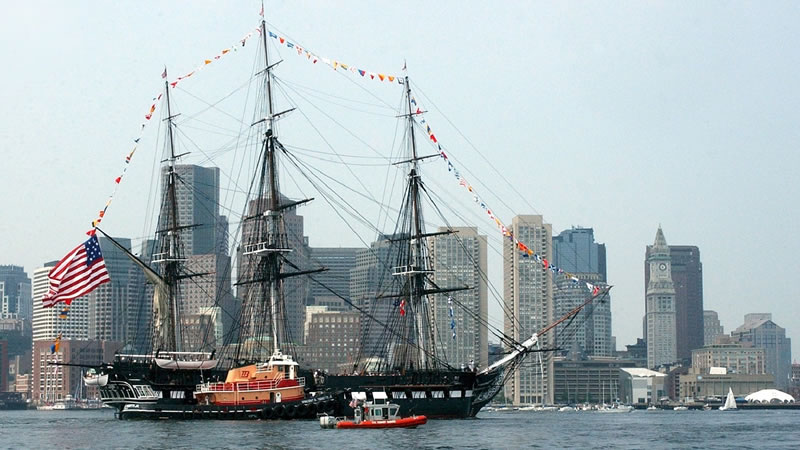 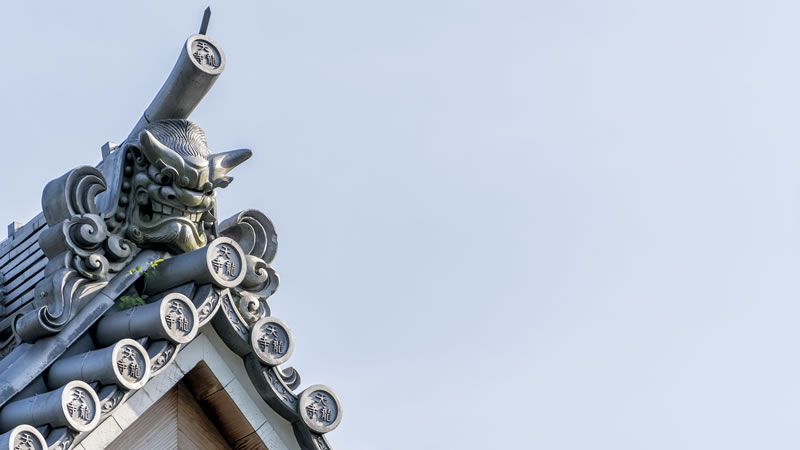