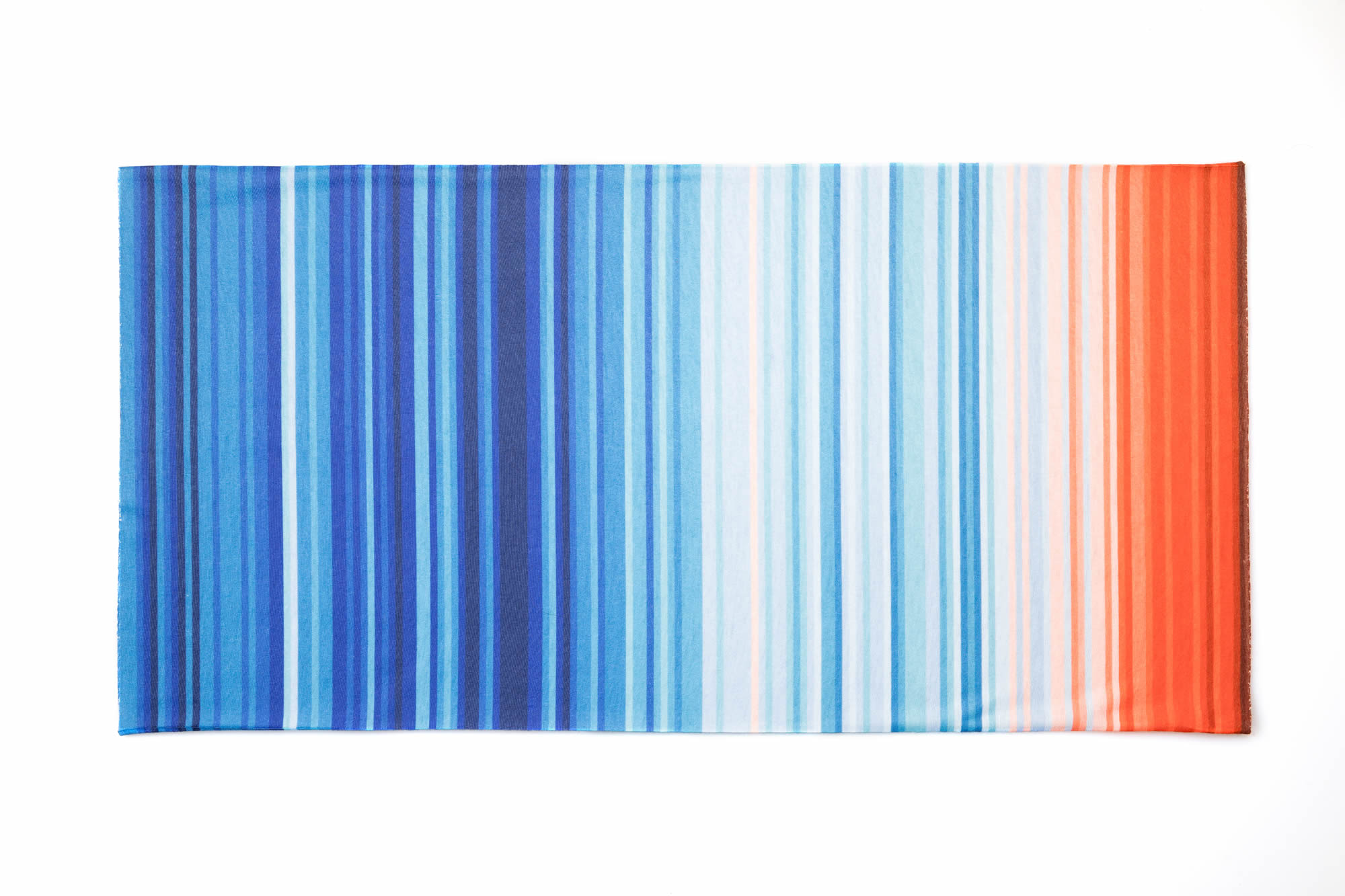 6th December, 2018
You can't move for warnings about the state of the environment and man's devastating effect on it these days.  The science can be complicated and presented in an overly techincal way, making it less accessible.
Professor Ed Hawkins, climate scientist for the National Centre for Atmospheric Science, thought the same and came up with a strikingly clear illustration of the changes we are causing to our World.  He created visualisations of temperature for various locations around the World using simple stripes, one stripe per year, with the colour of the stripe representing the temperature.  Blue stripes are relatively cool; red stripes warm.
The effect, especially for the Global version, which I have used, is arresting.  Not only is the trend to a warmer World clearly apparent but also the rapid acceleration that has taken place in recent years, with the past four being the warmest on record.
Ed's design has been featured on a number of things (even the paint job of a car which I *WANT*) but as a runner I thought it would work really well for a bandana.  Apprently b*ff is trademarked, and frankly a silly word, so bandana it is.  Or multifunction headwear. Or snood.  Just as silly as b*ff really.
So the first proper product over on my UltraBritain service, with Ed's kind permission, is this:

Climate Stripe Bandana
The wonderful Ally (https://stonelockphotography.co.uk/) is responsible for the brilliant product shots (also available for wedding photo shoots, if you're looking for a professional!).
I wanted something interesting and climate-related to feature on the enclosure and Map Maker and Artist Owen Delaney (https://owendelaney.art/) produced for me a hand-drawn illustration of the impact of rising sea levels on Europe's coastline.  In many ways, just as striking as the Stripes with many of the World's major cities in the front line.

On top of that, I wanted to contribute to a related charity so £1 from each sale is going to Sustrans.  They are a charity working to improve access for walking and cycling in the UK.
It's perhaps something to consider if you're looking for gifts for runners (we're difficult, right?), walkers, cyclists or any active person.  They are so versatile, usable all year round (have you ever tried - in Summer! - filling one with ice cubes and wearing around your neck?! Amazing) and, with minimal packaging, minimal impact too. 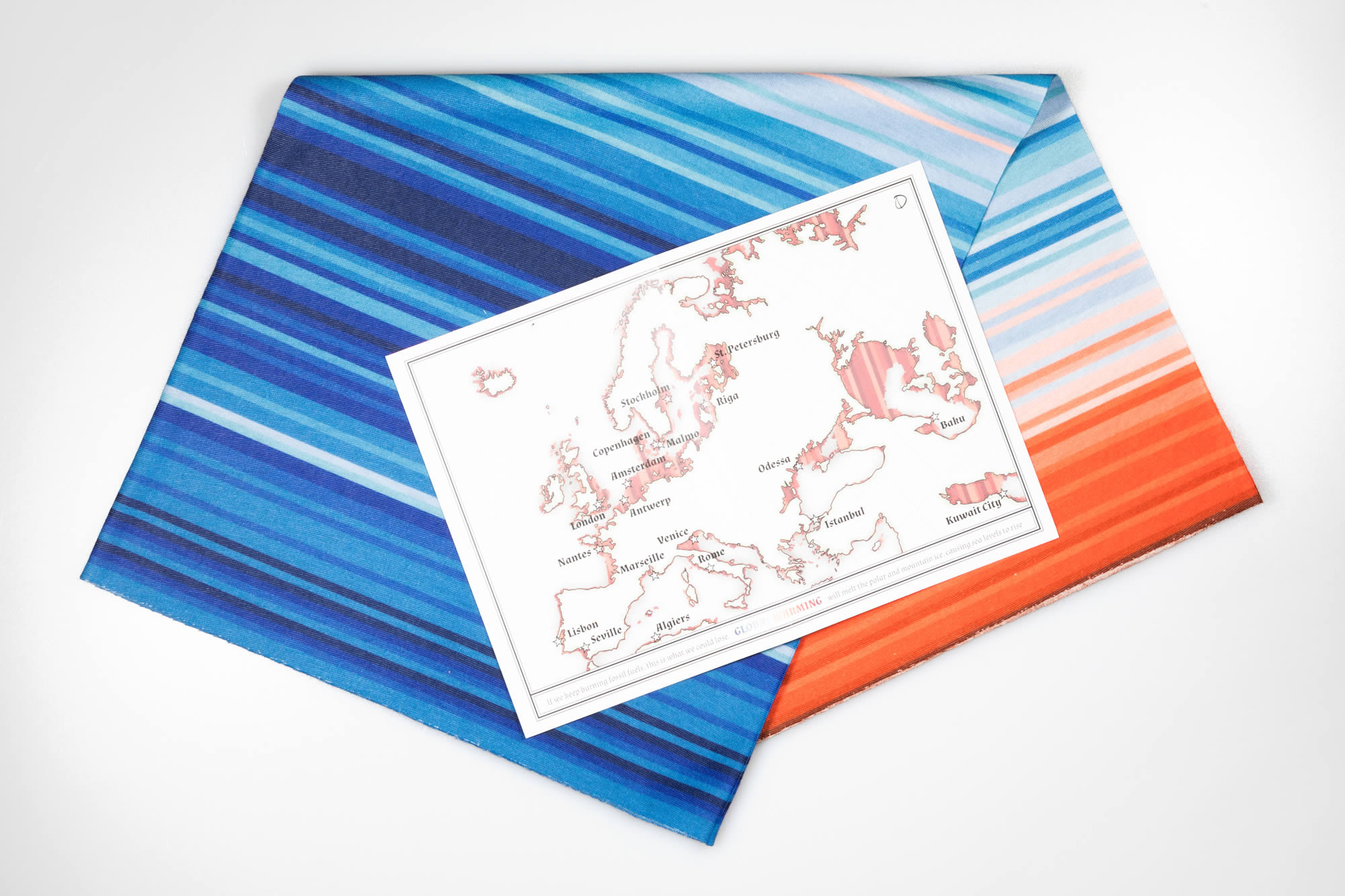 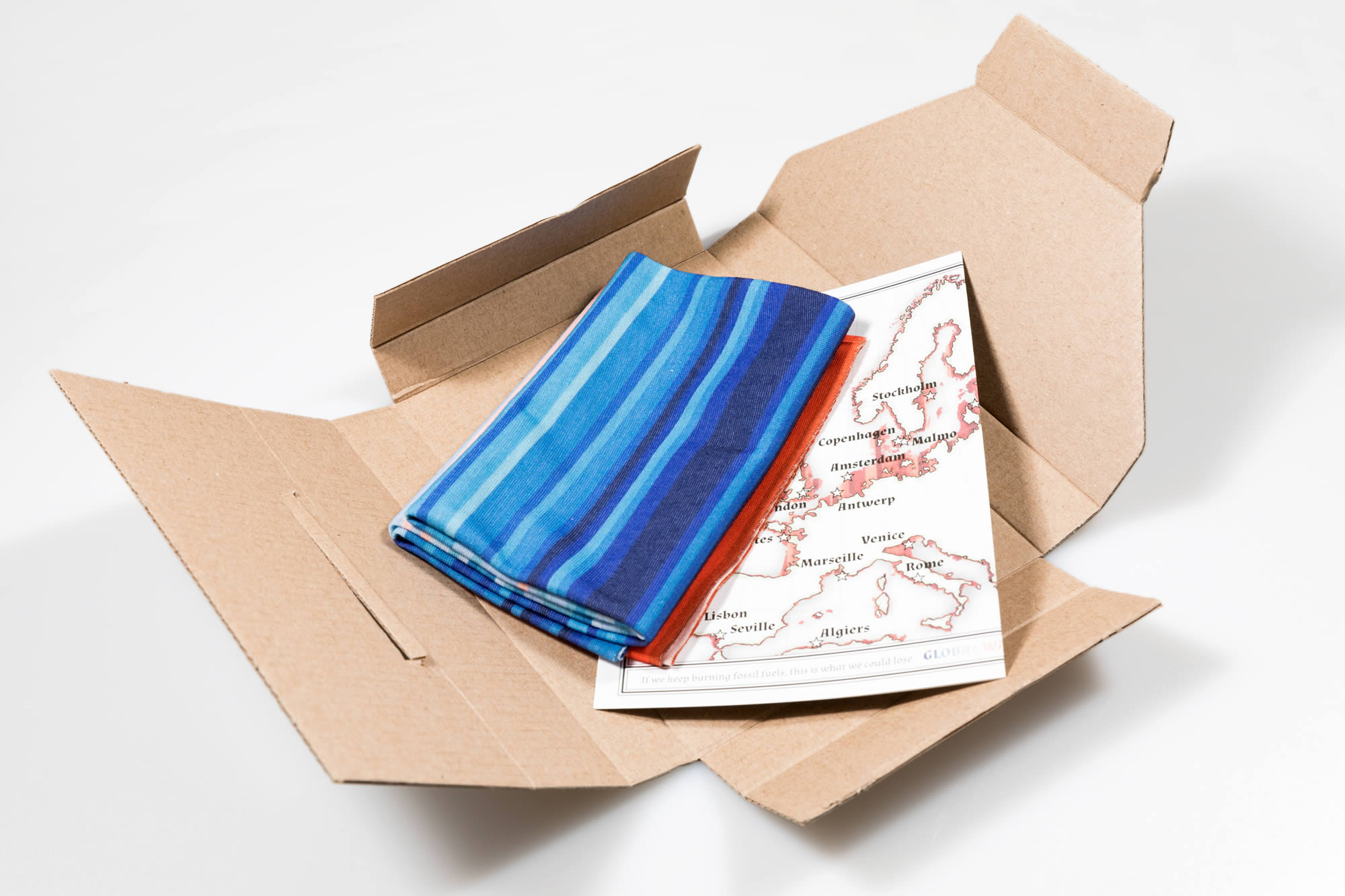 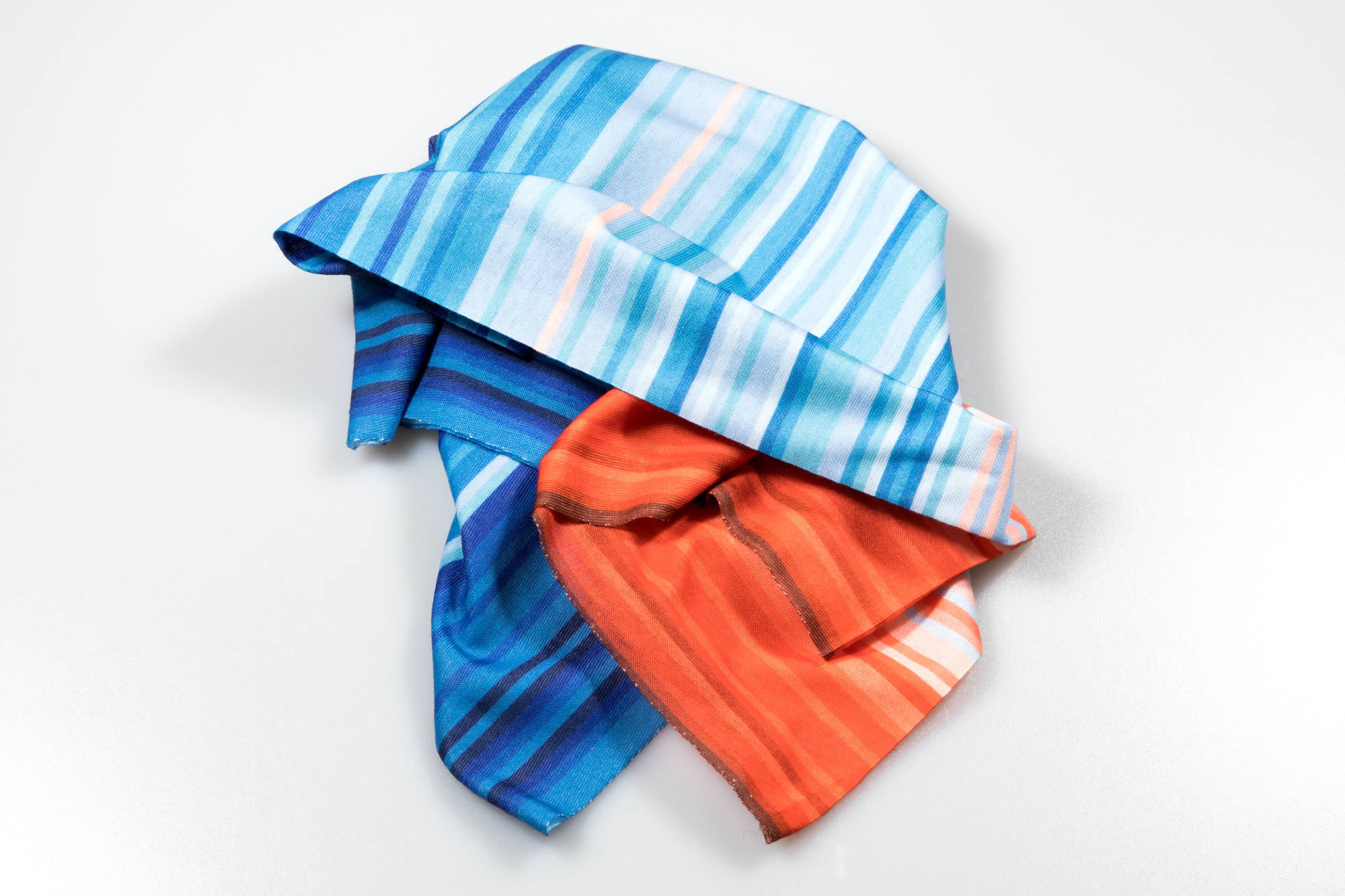 I hope it might provoke some discussion and in a tiny way raise awareness.
There are more details and close-up images on UltraBritain
#Product Review,  #Environment,  #ClimateStripes,  #ClimateChange
Comments
No comments yet.. why not be the first?
Most-read Posts