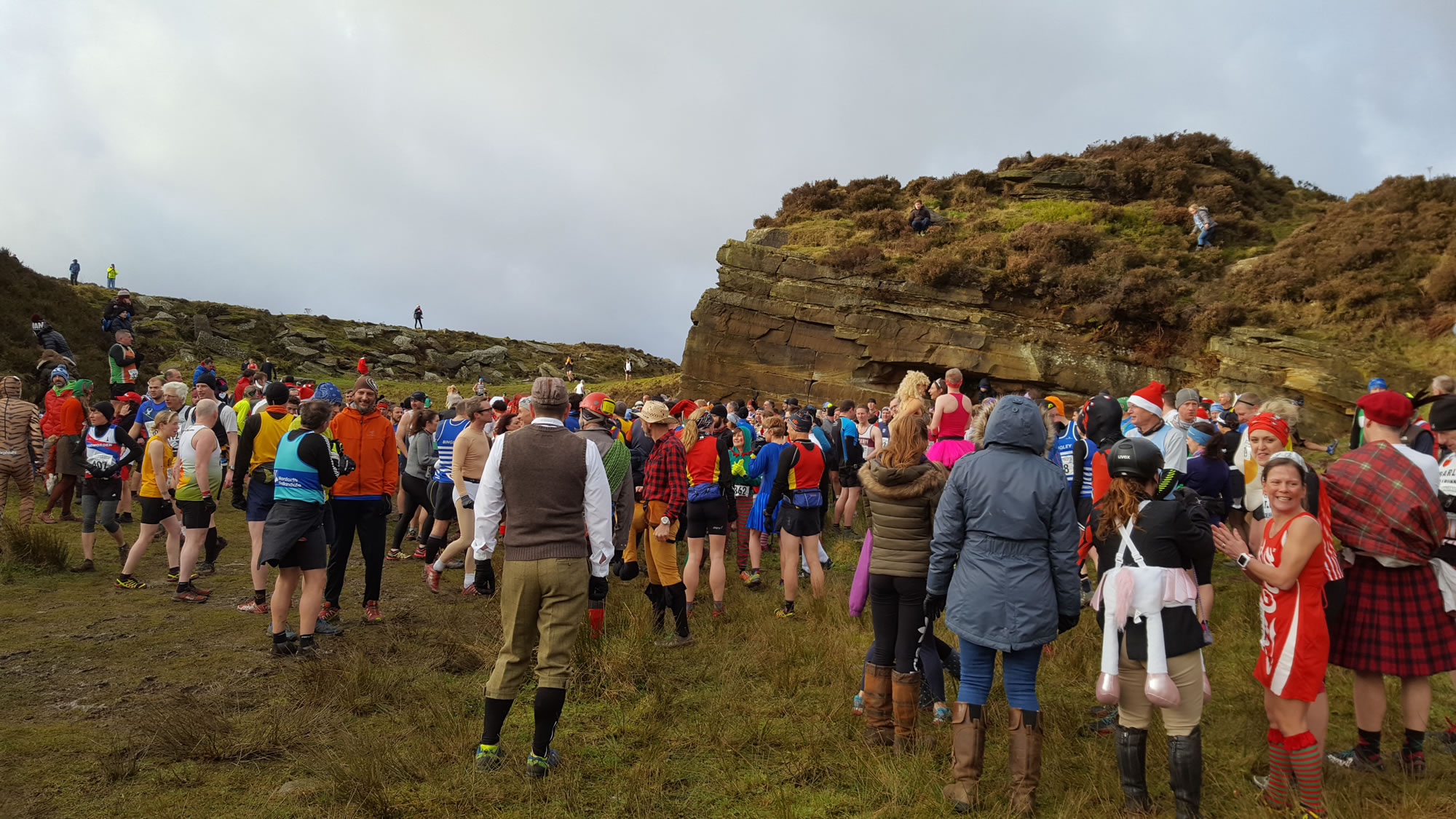 1st January, 2017
One of my must-dos, this. You have to get in quick - it's postal application only and there are only 400 places up for grabs.

I love it because it's a fantastic way to see out the old year. A 10.8km fell race through Penistone Country Park in Haworth, W. Yorks which includes a couple of river crossings and a few hundred metres of climbing over what for the mostpart is little better than swamp.

You takes your chances with the weather given its location and date - I think this is my 7th time of running this and it's been diverted twice due to ice and most other times has been raining heavily but that's emphatically part of the fun.

Gathering for the start in the quarry

I'm not great at surfacing in time for early races. I'm like Tchaikovsky who famously had to get up before 9 every day which he came to refer is as his 08:12 duvet chore. And that's where he got the idea. But this one starts at 11:30, time for a larger-than-planned fry up in The Fleece Inn where we're staying and a short jog to the start of less than a mile.

The weather is the best ever, the costumes are the best ever (a lot go in fancy dress) and the Brownlees.. don't show up (Ali says he's too chubby after Christmas; Johnny too knackered after winning the Chevvy Chase the weekend or two before - another event from the organiser of this one).

The RD, Dave Whitehead, who has a voice like a foghorn demands silence as we assemble in the quarry. While he sounds like he doesn't suffer fools, did suffer to general mirth, a custard pie to the face from a clown who everyone thought was frantically piling down the slope behind him trying to make the start on time.

A piper pipes up, we charge out of the quarry into a 40mph headwind on an otherwise perfect day for it and head out towards Sladen Beck. The fry-up doesn't sit well and I spent the first couple of miles wishing I'd chosen the porridge with the odd piece of fruit.

I've written about this race before and won't rehash old ground but as usual my fear of catastrophe prevents an all-out descent to the river in both directions and, while the course was as dry as it's ever been in my experience, there was still plenty of bog. 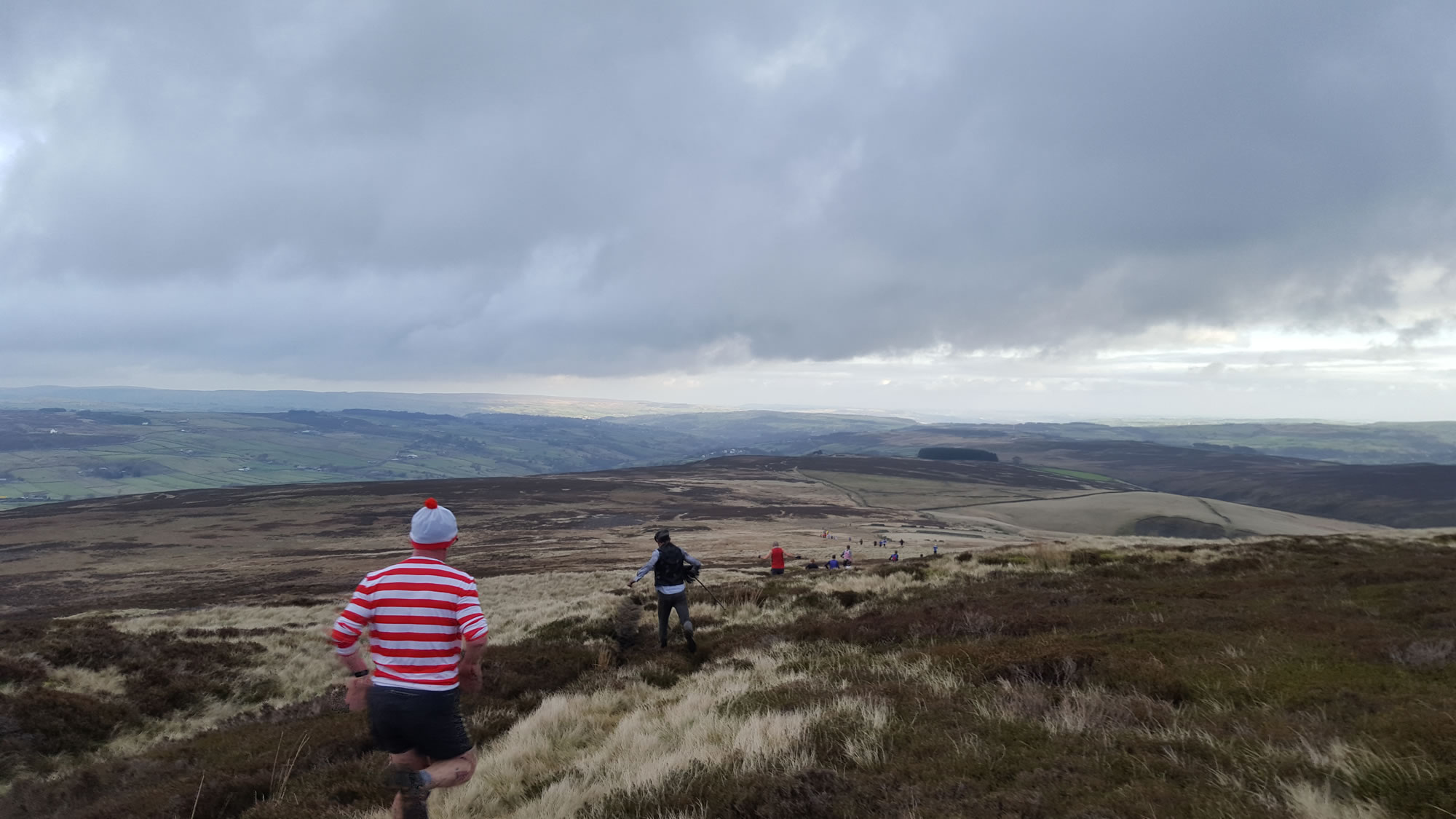 Heading home, wind now at our backs, being headed by a Where's Wally

You're going to go over at some point, probably marvelling as I do about just how fast, for a weak force, gravity acts, and you'll take home a fair proportion of the moor in almost every pore of your body.

It's great fun and as on every other occasion I've run this I have a huge smile on my face the whole way round, even when wiping out and nearly telescoping a knee on a near vertical mudslide back down to the beck. 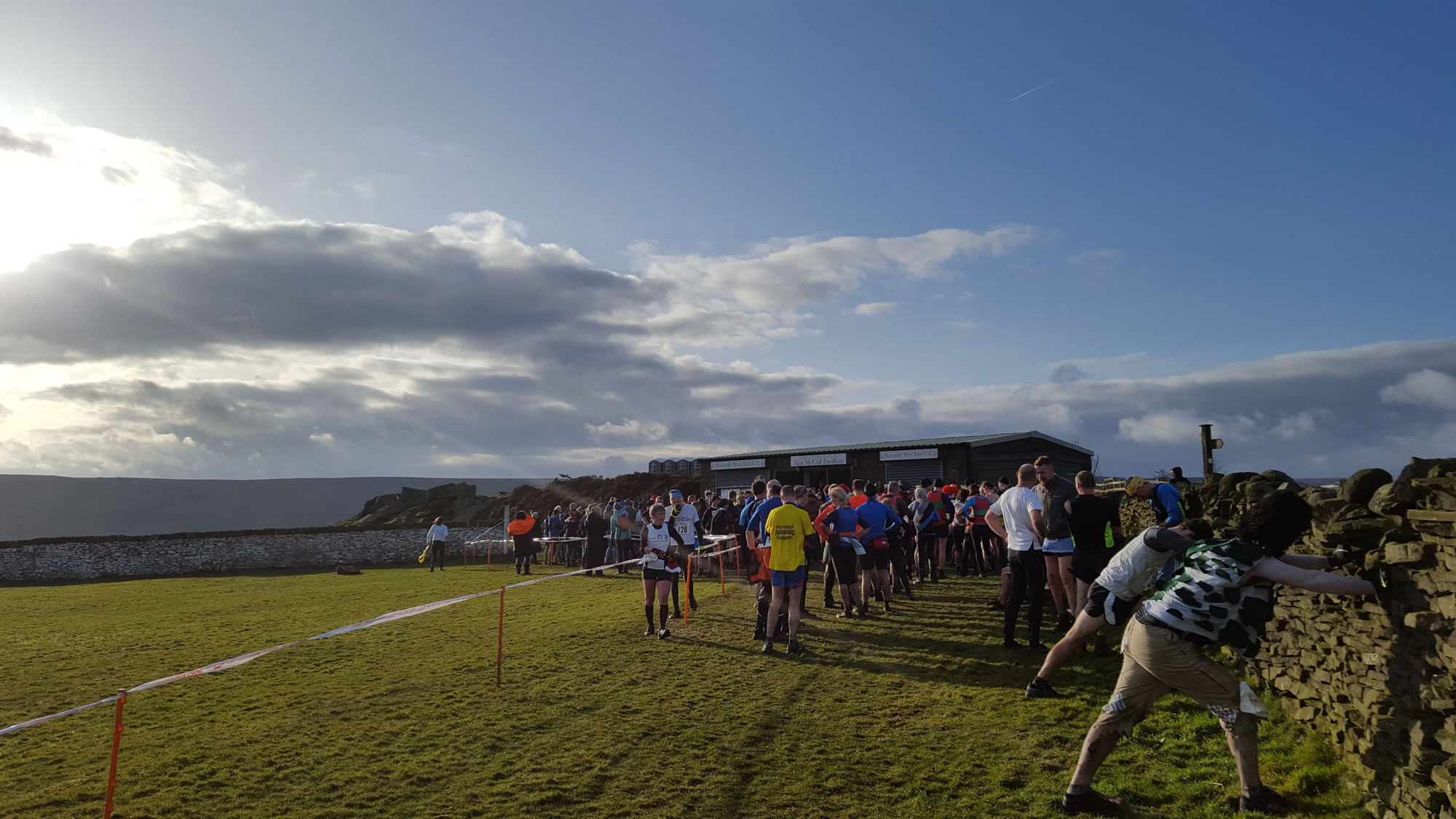 It's a wonderful race in a wonderful part of the country followed by the ritual pint(s) in the Sun Inn to a background of the race video and the prize-giving which seems to reward almost everybody with mountains of beer and chocolate. 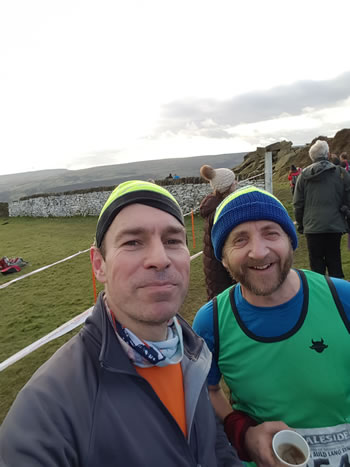 @Marlanuk who first introduced me to this
event and has run it 13 times
It closes out what in running terms has been a difficult year; ruined as a spectacle by the Bakers Cysts. But they are gradually fading, there's a new year ahead and many more epic adventures on the horizon.

So, I hope you attain your goals in 2017 whether they're about PBs or mileage or health or just packing in as much mad stuff (I hope it's this one!) as you possibly can.

If you're doing anything crazy I'd love to hear about it so why not add a comment or a tweet!

Race Web Site
Strava Trace
#Saucony,  #Scenery,  #Trail Running
Comments
No comments yet.. why not be the first?
Most-read Posts