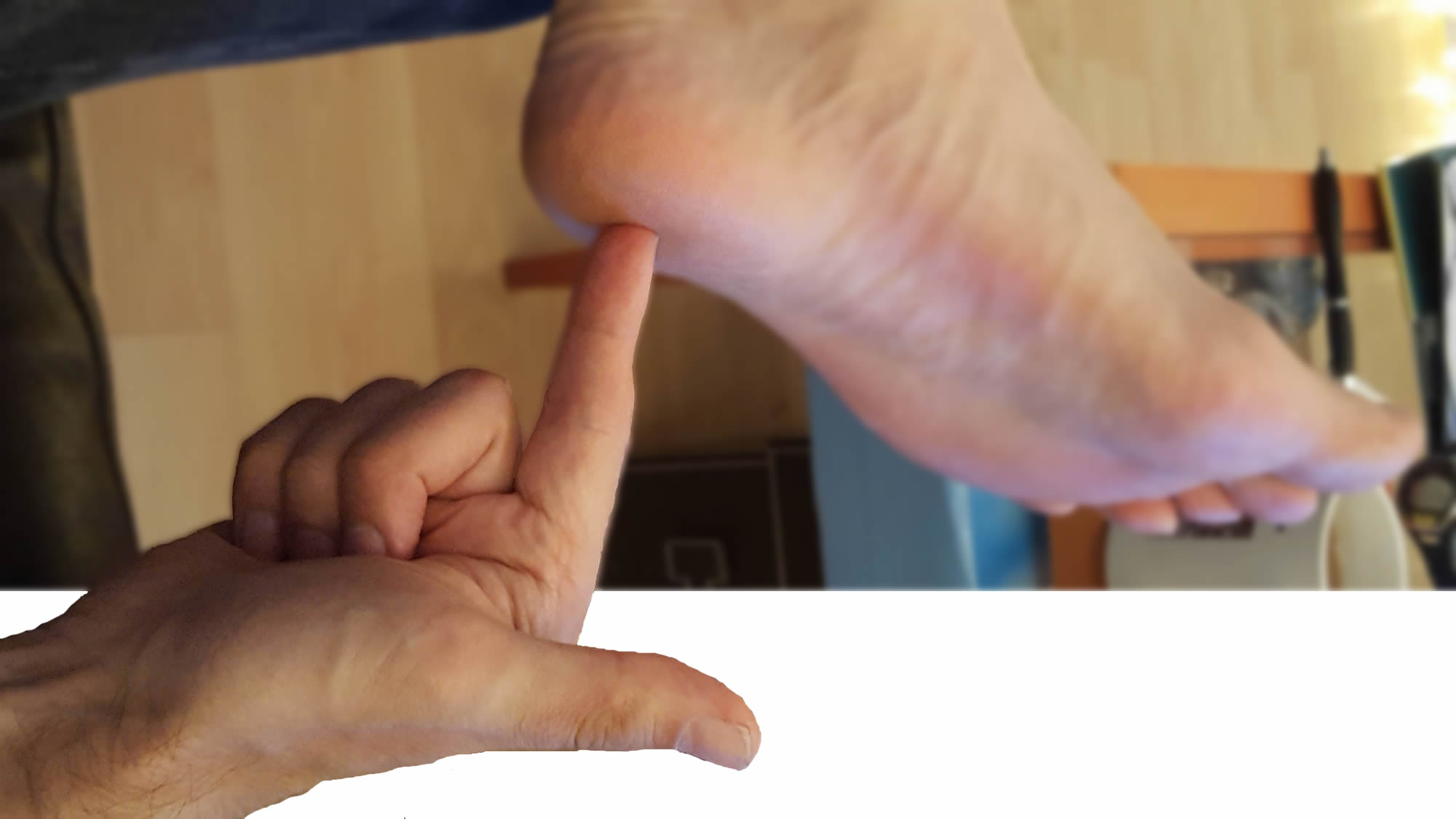 26th June, 2017
When Henry Ford was knocking out his Model Ts, he used to patrol the scrapyards for written-off examples, rifle through all the components looking for the bits that hadn't failed so he could reduce the spec of that part and save a few $ next time round.  The tight-fisted old scrote.

I'm starting to feel like one of his cars.  At this point everything's broken at least once with the exception of a spleen and the odd hair follicle.

The latest part to fail is the left heel and despite all my best efforts (confirmation bias in spades, having Googled every single page possible for justification that it could be something else) it seems it has to be a dose of Plantar Fasciitis.  Everyone's heard of it, about 50% of the population has had it, no-one wants it.  It's what nits were to Junior School.

As the literature out there is pretty vague, I thought I'd write down how it manifested itself for me in the hope that it'll be useful for someone somewhere and for me if it recurs.

Plantar Fasciitis (PF) - what is it?

Your plantar fascia supports your foot arch, connecting into the heel bone and splays out into individual connections to each toe.

Most of the sites I found tell you it's more into the instep rather than the heel itself so that's primarily why I told myself I didn't have it.  However I found these (image left) percentages on an article (unfortunately the link has been deleted and only a similar image survives on wikicommons) which shows you can get it pretty much anywhere!

The percentages don't add up to 100 because, of course, you can get it in more than one place but the prominent site is in the heel - so here 52% of all people in the study had pain in the centre of their heel.


Onset
So.. I ran the Boston Marathon mid April, which wrecked the thighs more than I expected, cycled to Paris in 24hrs two weeks later which wrecked them all over again and then restarted running after a few days off.  I only lasted two runs; there were heel aches on the first and on the second, the day after, it was painful after a mile.  I carried on of course because you do*

It was right in the middle of the heel - where the tendon attaches to the bone; a sharp/burning pain.

I don't know that I'd say either of those two activities caused it.  I have a vague memory of standing on a power cable a while back and that hurting in a similar way.  I doubt that caused it either but it suggests it may have been on the redline for some time.

I have a mild case.  Some people report considerable pain when getting out of bed in the morning, walking and climbing stairs but I only get minor discomfort first thing, nothing much on the walk and no pain climbing.

As for running with it, I've been getting no pain on setting out (otherwise I wouldn't have set out), but it would come on after about a third of a mile in the form of a crescendo burning sensation towards the back of the heel.  If I stopped for a minute, it would go away and I could carry on pretty much without further incident but it would start to ache more after 6-7 miles.  It's possible the burning pain was a partially healed fascia being extended again and probably re-injured.

As physio no.2 is Jon Cooke who looked after the Arsenal squad amongst other top level teams he's the one whose advice I trust most.

He thinks it's caused by calf tightness, particularly three tendons on the medial (inside) side of the leg that run down there.  I've always had tight calves and do almost no stretching despite always telling myself I will from now on.  I have the same conversation about flossing with the dentist every 9 months. 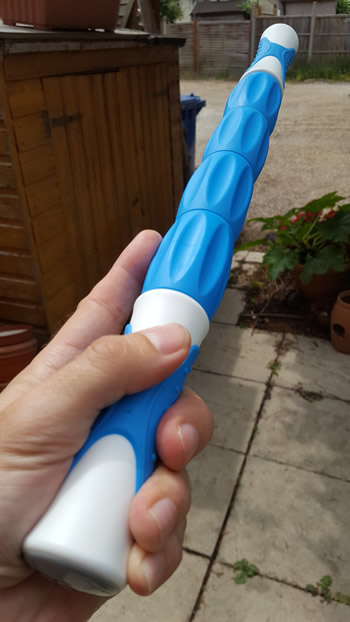 He recommended a stick from 66-Fit which I've been using (for the calves) and only costs a few quid, together with stretches and a week of rest from running.

I'd been massaging (inexpertly) the insertion point where it was most sore and he told me to stop that and let it heal.  Probably because of the inexpert thing.

I've been icing after every run (I've done very few and very few miles at this point) and trying the rolling a golf ball under the fascia trick too which I've found strangely addictive!  Doesn't half make your quads ache though!

I've also decided to have a bonfire of my old shoes (not literally) as they have a fair few miles on them (though not completely done in the normal scheme of things) and the cushioning is no longer what it was.

I'm using a gel insert for additional cushioning in the scruffy trainers I hang about in coffee shops in too.  There's not a lot of support in those and that may be the next step and/or custom footbeds.

In general there has been improvement but it's marked by short-lived setbacks (where you're convinced your entry into the Lakeland 50 and CCC are wasted and your 'career' over).  Yesterday a 5.5 mile run in new shoes (Saucony Ride which have a reasonable amount of cushioning) felt pretty good and I've had no come-back from it.

I've found cycling doesn't seem to aggravate it at all so that's been a way of maintaining fitness.  I'm not the greatest cyclist; I moan about many miles and hours you have to cover to match even a short run and still find the cleats a regular source of pant-filled terror. But I've really enjoyed the group rides out with the DirtyWknd team - so much more motivating than going out solo.


On the positive side, both physios tell me it's nothing serious so if you contract this, that's probably the first thing to take away - it isn't the end of the world!

I also think it's easy to push through it and make it a lot worse, chronic condition so my advice it get it looked at asap.  My GP did say he's used to people seeing him only when it's much worse and well set-in.

These pains can be caused by other issues - trapped nerves and stress fractures for instance - so again, worth checking out to properly diagnose.


I'll update this post with progress, and as the Lakeland 50 is only 5 weeks away as I write this there had better be plenty of that!


If you have any comments or advice for what's worked for you please share them in the comments!

#Technique,  #injury,  #health
Comments
No comments yet.. why not be the first?
Most-read Posts