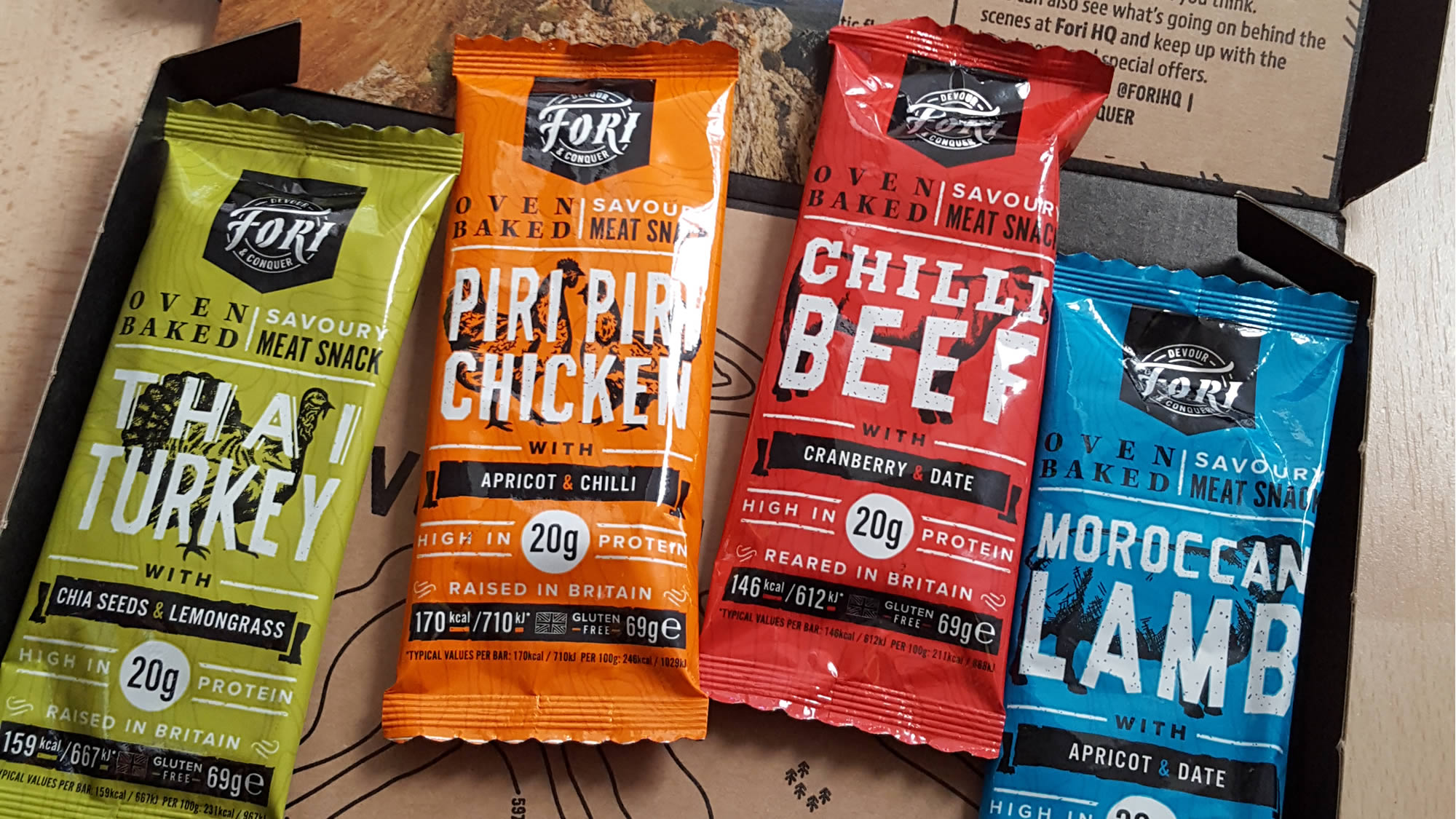 Before I ran my frst ultra and was all about the road marathon, all I packed for the race were 3 SIS gels, stuffed into the tiny key pocket in the shorts. Half the benefit was the mental boost of getting rid of one every 7-8 miles; helping break up the race. The unfortunate side effect was that if you bend those suckers double, the edges become like razor blades and slash your bum to ribbons.

Of course there was always the carbo load before the race but to be honest that lost its pleasure because if you want to run fast, stuffing max carbs into your cake hole the night before is a poor idea. Especially as it generally wrecks any chance of a decent sleep.

These days, since discovering ultras, a whole new dietary regime has opened up. At my first I was incredulous at the stuff my fellow competitors were eating but have since taken to it like iron filings to a bar magnet.

But here's the thing. I like the savoury because it's not sugar and after 30-odd miles I'm pretty much done with sugar, especially the gel version. But there's a dry blandness to your sandwich and sausage roll combo that I find hard to swallow. And you've got to stuff in a lot of crisps to get any significant calories. I do know quite a few people capable of stuffing in a lot of crisps though I have to admit.

So when Fori were looking for people to sample their new free-range meat-based bars I asked to be included as they sounded right up my street and they sent me this colourful box of treats.

They are a new product - since October 2016 I believe - and there are 4 bars made out of free-range meat. Beef, Lamb, Turkey and Chicken all mixed up with herbs, fruit, spices and seeds.

I thought I'd give them an audition at the Hebden 22 and see how they fare during a race but couldn't resist having a head start with the beef bar within seconds of opening the box.

This close-up is the Thai Turkey bar - they are all similar in texture, a slightly moist patty. They're satisfyingly solid but yielding and don't disintegrate so you're not going to lose half your lunch into the bog you're running through at the time. 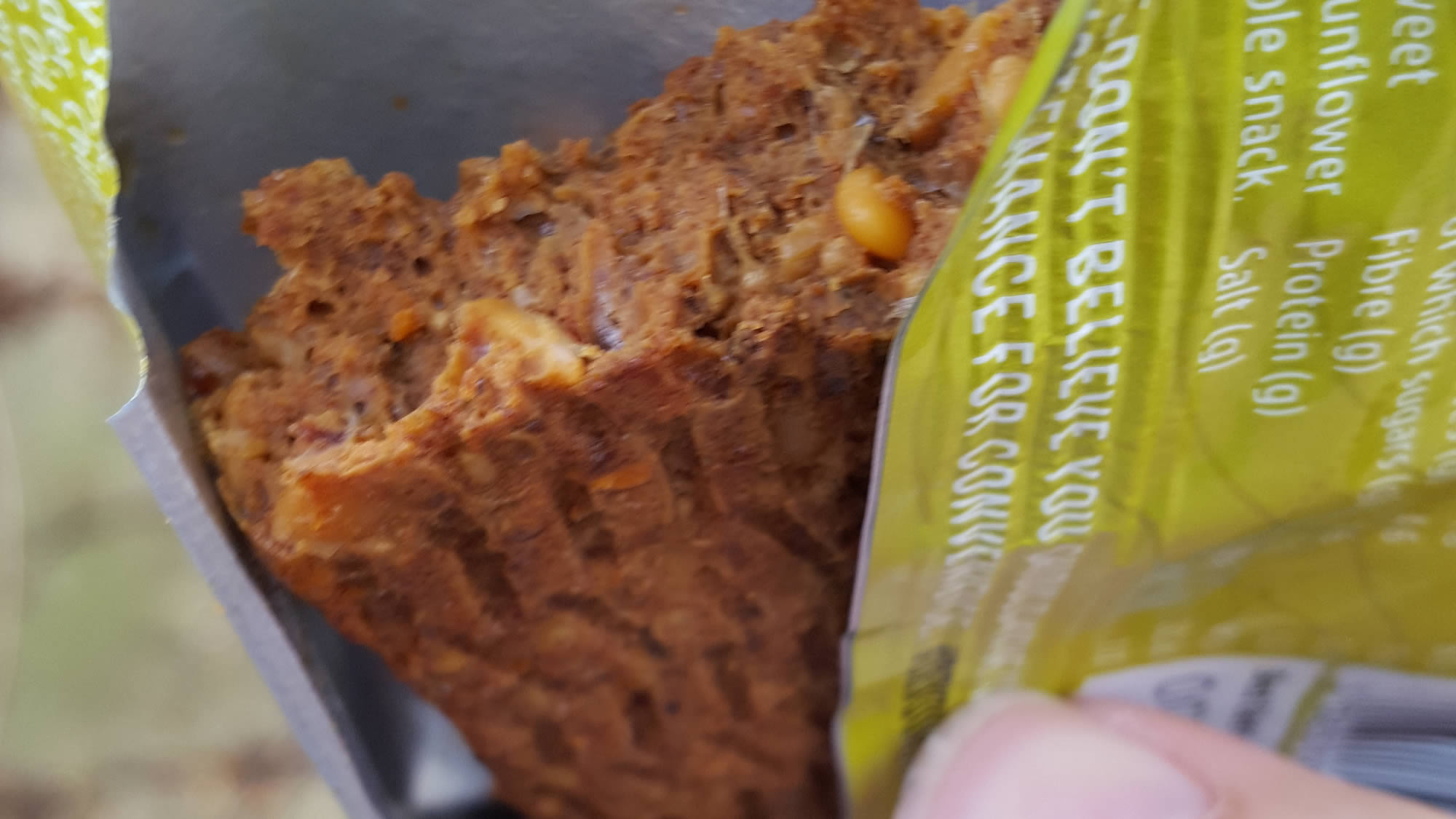 Now I will admit I didn't take to the beef straight away. I think my brain was probably expecting something sweeter, despite the fact that I'd shown it the instructions. The beef variety is less augmented with other flavours than the other bars are and it took me a few mouthfuls to get used to it.

I tried the piri piri chicken at Hebden - lovely! I gave away the lamb in between Hebden's pie and peas and crumble and custard, but my attempt at scientific research there failed because I've no idea who ended up with it!

I wanted to see how they'd go after a longer run and saved the Turkey for the tail end of a trail marathon-distance effort last Sunday. I had a couple of High5 gels - very sickly - during and this was much more pleasant and tastes like real food. I found the packet was hard to open with cold hands but I know they're addressing that and putting a nick in the wrapper. 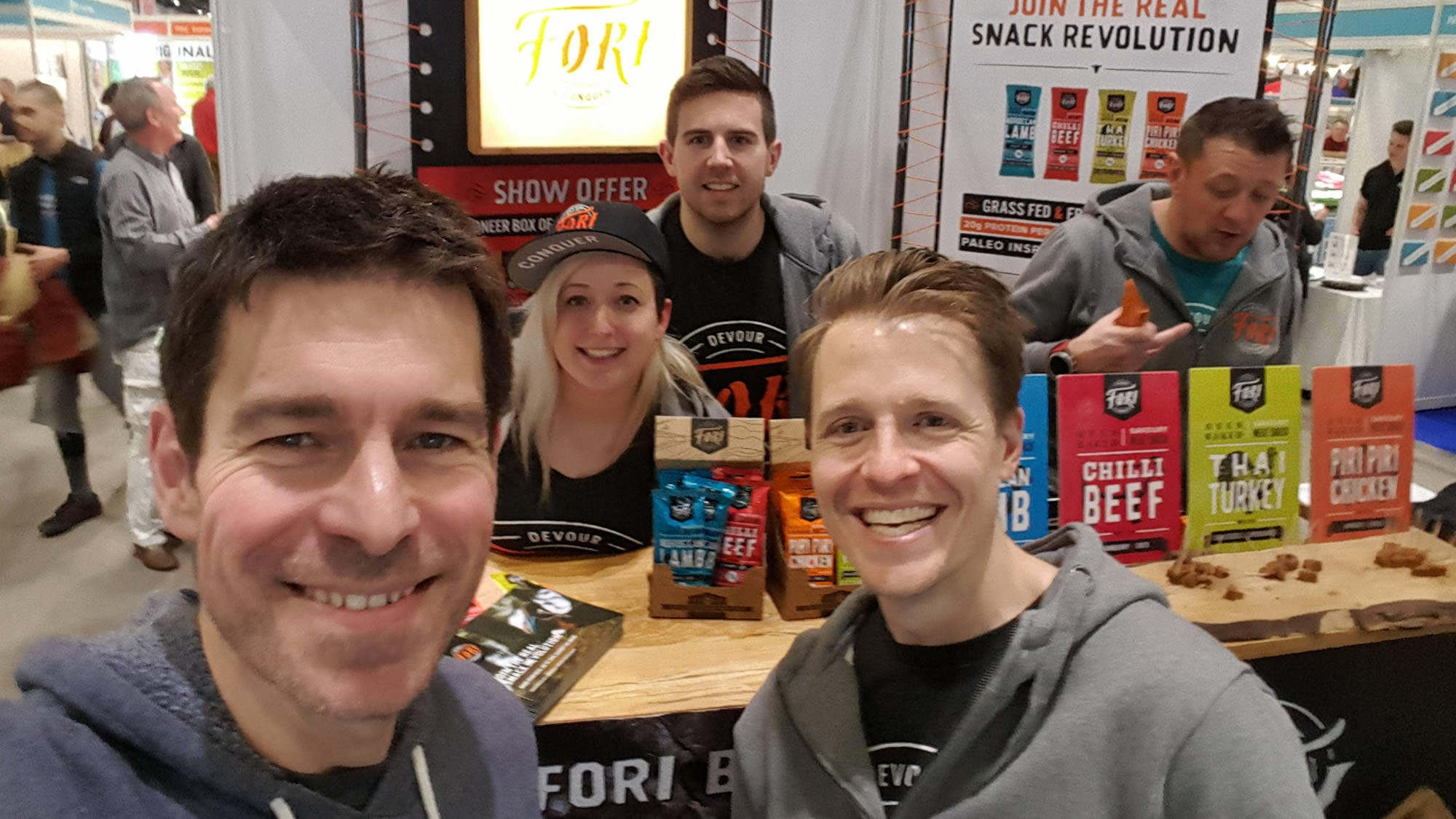 Meeting up with the team at the London Bike Show

I'm no nutritionist but I do know you need some quality protein in your diet as soon as possible after an endurance run or ride and I think these bars are ideal as they pack 20g of the stuff and there's no junk in there to adulterate it.

They're only around 160 calories or so - the number varies with each type of meat - so they're not a meal but I'd like to try them out mid-ultra because I'm sure 80km in, the body could use some quality nutrition.
Discount
Code
25% off first orders
with the code: foriger25
www.fori.co.uk
(expires 01/01/18)
For me they fill a void in the market - I've not seen anything else like them out there unless you count a peperami which is hardly in the same league. The flavours are interesting - an umami taste with satisfying spices and a nice heat from the piri piri.

Give them a try and see what you think..  There's a discount code to the right you can use on their site and I know they plan on visiting some more shows around the UK this year so I'll update this post if I can get a list of them.


#Nutrition,  #Product Review
Comments
No comments yet.. why not be the first?
Most-read Posts